Dante Ariola will direct the romantic actioner from Matt Drake’s original screenplay. The script was featured on the 2007 Black List of best unproduced screenplays. 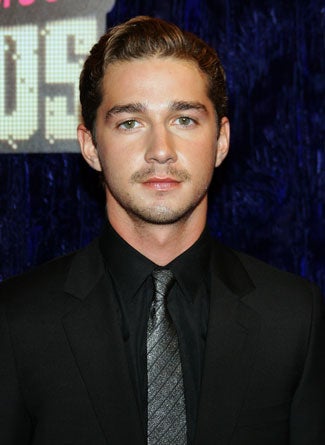 The film is being fast-tracked for a fall 2010 shoot, and Lionsgate plans to launch international sales in Cannes next month.

The title character falls in love with a girl, the irresistible Gabi, who has been claimed by a violent crime boss with a band of thugs at his disposal. Mandate says, "Armed with little more than his wit and naïve charm, Charlie endures one bruising beat down after another to woo Gabi and keep her out of harm’s way. Finally his exploits of blind valor create such a mess that he’s left with only one way out; to save the girl of his dreams, must Charlie Countryman die?"

LaBeouf played the young tag-along to Indiana Jones in the recent fourth installment, "Indiana Jones and the Kingdom of the Crystal Skull." He recently was seen alongside Julie Christie in the Shekhar Kapur-directed segment of "New York, I Love You." He next stars alongside Charlie Sheen and Michael Douglas in "Wall Street 2: Money Never Sleeps," Oliver Stone’s followup to his 1987 hit "Wall Street"; the film will be shown at the Cannes Film Festival in May.

He starred in both "Transformers" pics and is currently in production on the third in the franchise for DreamWorks.

Ariola, winner in 2007 of the DGA’s Commercial Director of the Year award, has directed commercials for Coca-Cola, Levi’s, Nike, HP and Sony PlayStation.