The six-part investigative series from XG Productions and ViacomCBS’s See It Now Studios features in-depth interviews with federal and state law enforcement, as well as victims, accused and convicted extremists, lawmakers, and analysts.

“It is so important for people with differing opinions to listen to one another, try to understand different points of view, and make efforts to find middle ground in the political and social narrative,” co-executive producers and XG co-founders Tim and Jim Clemente said Tuesday. “Violence is never the answer. ‘Indivisible: Healing Hate’ is the first step in that direction.” 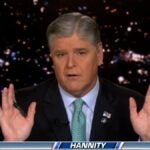 Per the official description, “Indivisible: Healing Hate” seeks to answer a series of questions, including “In a nation founded on the tenets of liberty and equality, how could such a violent and destructive event have occurred? What exactly is far right extremism? Where does it come from and how did it become so dangerous a platform?”

The series is directed by James Bruce and written and executive produced by Josh Murphy, both of XG Productions.

The company was founded by two FBI Agents, brothers Jim and Tim Clemente, who are behind the 2021 reboot of “America’s Most Wanted,” and have served as consultants on crime dramas including “The Following” and “NCIS: Los Angeles.”

“Indivisible: Healing Hate” leads off with the episode titled “Rage Revealed,” which examines the extremist politics that fueled the deadly attack. The series premieres Thursday, January 6 on Paramount+.

Watch the preview clip above.