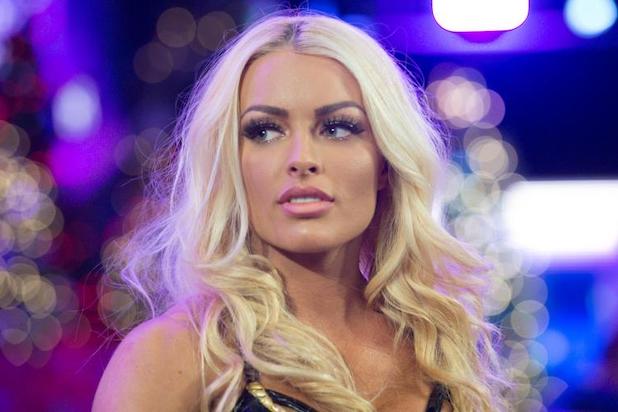 Move over Miz, Mandy Rose (real name Amanda Saccomanno) may the busiest “Tough Enough” alum currently lacing up boots on WWE TV. Or at least she plans to be, and the 28-year-old “SmackDown Live” wrestler isn’t waiting to be tagged in to those opportunities.

“Being a WWE Superstar, you have– I don’t want to say a short shelf life, but it’s more like sometimes you’ve got to look to the future and you’ve gotta plan ahead,” Rose told TheWrap. “It’s not gonna last forever.”

Rose, who is an accomplished fitness model with her own iOS app (“Fit With Mandy”) and has a line of beauty products (Amarose) rolling out this fall, knows she’s building a “brand,” and one big step up in that was getting on E! reality show “Total Divas” right after she first got signed by WWE.

That casting was “super valuable,” she said.

“It was a really good opportunity for me, but it was also a learning experience as well,” Rose said. “I got put on with all the women who had been in the company for a very long time and had been doing this for a lot longer, and I’m the rookie starting.”

“It’s such a more mainstream demographic that watches ‘Total Divas,'” she added.

That will help in her future endeavors.

Upon second reference, wrestling fans may refer to Rose as the “Desire” of her “Fire & Desire” tag team with Sonya Deville. (The two also co-host YouTube web series “Damandyz Donutz” together). On third it might be her other moniker, “God’s Greatest Creation,” a nickname bestowed upon her by (storyline, we think) infatuated announcer Corey Graves.

We asked Rose if she’s ever concerned about the focus on her looks possibly taking away from her wrestling talent and very real power.

“No, I love it. It’s part of my character. It makes me who I am,” Rose said. “I always said, even in Developmental, ‘Yeah, I’m the beauty and all that. I’m the hot one, the sexy one — but I also have the brains and the strength to back it up.’ So, that was my biggest thing.”