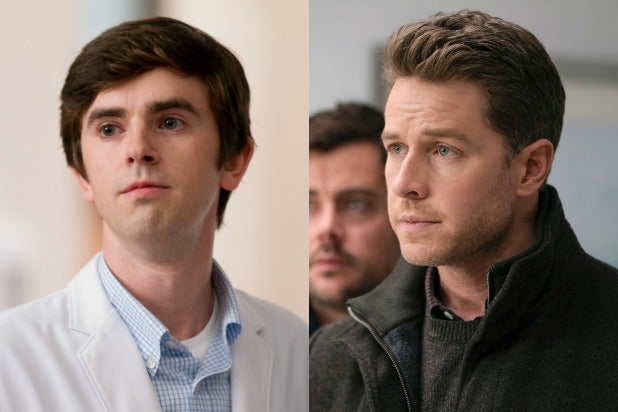 Last Monday, ABC edged NBC among adults 18-49, as “The Bachelor” and “The Good Doctor” outdueled “America’s Got Talent: The Champions” and “Manifest.” With “Good Doctor” going to a rerun this week, that 1-2 ranking didn’t repeat.

NBC was first in ratings with a 1.5 rating/7 share in the advertiser-coveted 18-49 demographic and in total viewers with an average of 9 million, according to preliminary numbers. At 8 p.m., “America’s Got Talent: The Champions” scored a 1.8/7 and and 10.4 million viewers. “Manifest” at 10 landed a 1.1/5 and 6 million viewers, rising 22 percent in the key demo and 16 percent in total viewers over last week.

ABC was second in ratings with a 1.4/6 and third in viewers with 5.365 million. At 8, “The Bachelor” posted a 1.8/8 and 6.2 million viewers. The reality dating show was followed by that “Good Doctor” encore we mentioned before.