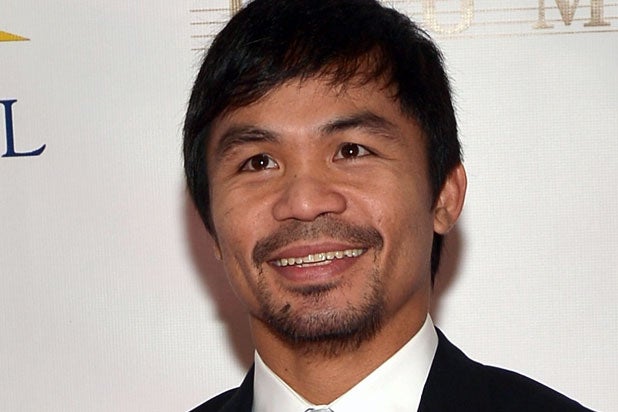 Nike has just done it, and cut ties with Manny Pacquiao.

The company has severed its relationship with the boxer, after he compared gay people to animals.

In a statement, a Nike spokesperson called Pacquiao’s comments “abhorrent.”

“Nike strongly opposes discrimination of any kind and has a long history of supporting and standing up for the rights of the LGBT community,” the statement reads.

Pacquiao made the comments in a video posted by Filipino station TV5 on Monday.

In the video, translated by CNN, the boxer says, “It’s just common sense. Have you seen any animal having male-to-male or female-to-female relations? The animals are better. They know how to distinguish male from female. If we approve [of] male on male, female on female, then man is worse than animals.”

The boxer later apologized, but defended his stance against gay marriage.

“I’m sorry for hurting people by comparing homosexuals to animals,” he wrote on Twitter. “Please forgive me for those I’ve hurt. God Bless!”

In regard to his opposition to gay marriage, Pacquiao added, “That’s what I believe. My only mistake is comparing gay people to animals.”