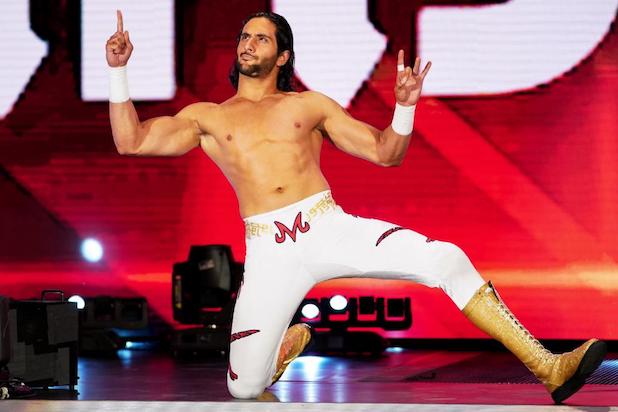 If you think Mansoor was excited about the big win, you should have seen the King Abdullah International Stadium crowd’s reaction. Oh, you can below — thanks, Ryan!

Wow! Look at the crowd reaction when @KSAMANNY won the battle royal at #WWESSD. Kids in the crowd were crying seeing someone from their country win a big match in WWE. pic.twitter.com/gBPqXLfOVn

In a battle royal, a wrestler is eliminated when they are sent over the top rope and both of their feet touch the floor.

Mansoor Al-Shehail نصور الشهيل, previously known to the wrestling world as Manny Faberino aka Big Money Manny, is technically on WWE’s minor-league NXT brand. He makes up one-third of wrestling stable The Insiderz.

The 23-year-old pro wrestler was born in Riyadh, Saudi Arabia, though he’s lived in America for most of his life and trained in California. Upon signing with WWE in 2018 — the same year Vince McMahon’s company began holding pay-per-view events in Saudi Arabia — Mansoor became WWE’s first-ever Saudi wrestler. He’s struggled to get TV time since then.

Previously, Al-Shehail worked for East Bay Pro Wrestling, where he was once the champion.

“I’m not gonna win this battle royal because I can,” he teased ahead of the event, which took place Friday night in Jeddah. “I’m gonna win it because I have to.”

He could, and he did.

WWE is expected to return to the Kingdom of Saudi Arabia for another PPV on Nov. 1.