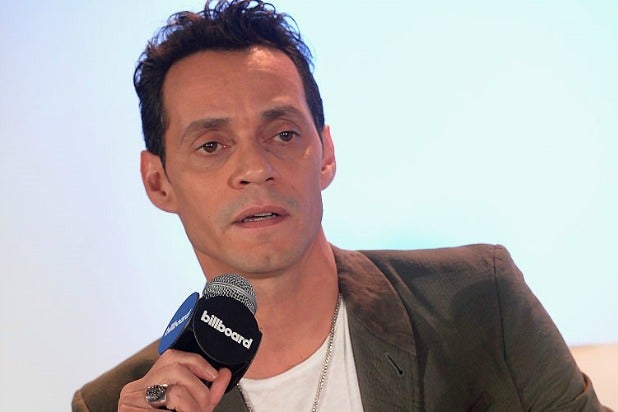 Singer Marc Anthony lashed out at President Trump via Twitter on Monday, imploring the president to “shut the f–k up” about the NFL, when Puerto Rico is in need of assistance following the devastation of Hurricane Maria.

“Mr. President shut the f–k up about NFL,” Anthony, whose parents are from Puerto Rico, said. “Do something about our people in need in #PuertoRico. We are American citizens too.”

Anthony’s sharp response came after Trump spent much of the last few days criticizing football players for protesting. He urged NFL teams to fire or suspend players who choose to kneel in protest during the national anthem, tweeting on Sunday that the “NFL should change policy.”

“Wouldn’t you love to see one of these NFL owners, when somebody disrespects our flag, to say, ‘Get that son of a b–ch off the field right now. He is fired!'” Trump said Friday at a rally in Alabama.

Meanwhile, in Puerto Rico, Hurricane Maria has caused massive devastation, with at least 13 people dead. Power has been knocked out across the island and not expected to be restored for many months, the BBC reports

White House spokesperson Sarah Huckabee Sanders defended the government’s response to the storm on Monday, saying, “we’ve done unprecedented movement in terms of federal funding to provide for the people of Puerto Rico.”

Also Read: That Time Donald Trump Said a President 'Should Not Be Telling' NFL Team What to Do - Back in 2013

On Sunday, the singer posted an Instagram video asking his followers to support Puerto Rico.

Mr. President shut the fuck up about NFL. Do something about our people in need in #PuertoRico. We are American citizens too.