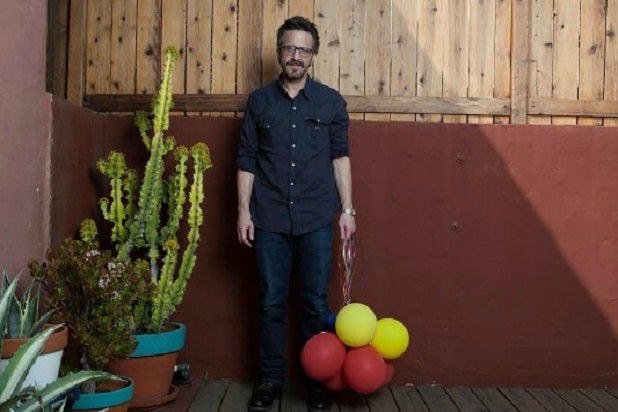 Rejoice, Marc Maron fans; your favorite funnyman/flawed human is coming back to IFC.

The network has renewed Maron’s comedy series “Maron” for a third season, IFC said Tuesday, with a premiere slated for spring 2015.

“Maron,” which offers a fictionalized version of WTF podcaster Maron’s life, as he makes misguided attempts to grow as a man. Where Season 2 found Maron struggling with romance and dealing with the pitfalls of success, the upcoming season will find Maron “confronting new issues, new guest stars and new ways to self-sabotage,” IFC said Tuesday.

“Usually Marc has a hard time maintaining long-term relationships, but luckily not with us,” IFC president Jennifer Caserta quipped. “He’s committed to bringing his wry humor and refreshing perspective back to IFC for a third season.”

“I am very proud of both seasons of the show and thrilled we’re doing another one,” Maron added. “Through all the episodes I can see the growth and evolution of the character, writing and comedy. I’m excited about getting back into the process.  The character of Maron needs some work on and off screen and fortunately that’s what drives the show.”