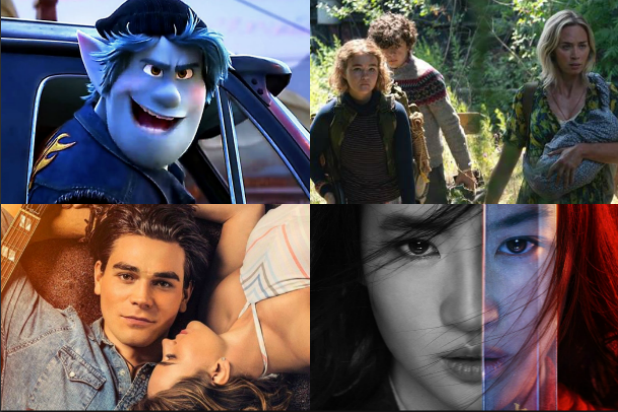 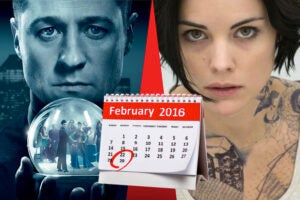 Who Won the Last Leap Day in Broadcast Ratings?

Can March Box Office Survive the Coronavirus Scare in the US?

March will be a busy month for the box office as Disney, Paramount and Lionsgate prepare to send out major films like the Pixar animated film “Onward,” a $200 million “Mulan” and John Krasinski’s eagerly awaited sequel to “A Quiet Place.” But looming over the potential spring rush is the threat of the coronavirus, which is beginning to spread in some U.S. states after the epidemic caused movie theater closures in China and Italy.

“So far, it has been business as usual,” Comscore analyst Paul Dergarabedian told TheWrap. “This past weekend there was a strong opening for ‘The Invisible Man,’ and interest continues to remain high for upcoming releases. Of course, it is still an unfolding situation.”

As of writing, there have been roughly 90 reported cases of coronavirus in the United States, with the first death reported this past weekend. That’s a far cry from the situation that has developed in countries like China, Italy, Korea and Iran, where the disease has spread rapidly and caused widespread closures of businesses. However, the Centers for Disease Control and Prevention says that further spread of the coronavirus in the U.S. should be expected in the coming weeks.

How severe the spread will be and whether or not it will affect the box office and other businesses is still very much up in the air. Multiple studio execs told TheWrap they expect overseas box office grosses to continue to sag in the coming weeks, especially as tens of thousands of movie theaters across China remain closed. But on the domestic side, distributors are just taking things one movie, one day and one news update at a time.

“The best we can do at this point is to keep monitoring the situation and just encourage people to remain safe and follow health procedures,” said one distribution chief who asked to remain anonymous. “If it gets bad enough that movie theaters have to be closed, we will cross that bridge when we come to it. But for now, we’re just cautiously moving forward as usual.”

In the meantime, the March box office will kick off with “Onward,” the first of two original Pixar films coming out this year. As it is an original film and not a sequel, this fantasy film wasn’t expected to come anywhere near $1 billion globally even if the coronavirus wasn’t around. The domestic bar for this film will be set by Pixar’s last big original film, “Coco,” which opened to $50 million and grossed $209 million in North America in late 2017 (and $807 million worldwide).

A bigger opening weekend is expected for “A Quiet Place — Part II,” which will try to keep the strong momentum Paramount has suddenly gained from “Sonic the Hedgehog.” The original “Quiet Place” opened to $50 million two years ago and grossed $188 million in North America. Analysts tell TheWrap that they expect this sequel to be more front-loaded as interested audiences are more aware of “Part II” before release than they were for the original. As such, a $70 million-plus start is within reach.

But the biggest film of the month won’t come until the very end. Disney’s remake of “Mulan” doesn’t have box office tracking out yet, but if it performs as well as other recent Disney remakes, a $100 million-plus opening is in the cards.

Some fans of the 1998 animated film have grumbled about the changes that Niki Caro’s take on “Mulan” will make, including the removal of characters like Mushu and the reimagining and renaming of characters like Commander Shang and the villainous Shan Yu. But the film’s marketing also promises other elements not seen in the original like Wuxia fight scenes and a new villain played by famed Singaporean actress Gong Li.

Online complaints haven’t stopped the Disney remakes from making billions over the last few years, but the coronavirus might. If the situation in China does not improve, Disney will likely have to postpone the release of “Mulan” there, which was timed with its American release on March 27. With a reported $200 million budget, losing such a critical market would put more pressure on the U.S. to deliver a strong run.

On the other side of the release spectrum is a film that will have a far smaller opening but is still critical for its studio: Lionsgate’s faith-based film “I Still Believe,” the first film from the new production outlet Kingdom Studios, founded by filmmakers Jon and Andrew Erwin after the surprising $83 million box office run of their 2018 hit “I Can Only Imagine.”

Lionsgate’s distribution deal with Kingdom is the first between a faith-based film studio and a major Hollywood company and is part of Lionsgate’s plan to reach out to evangelical audiences with a series of films that will alternate between appealing to devout Christians and reaching out to wider audiences with a more general, spiritual approach.

“I Still Believe” is the latter, hoping to attract crossover appeal with “Riverdale” star KJ Apa in the lead role as real-life Christian singer-songwriter Jeremy Camp. A strong opening would be a big boost to Kingdom and Lionsgate, the latter of which is still riding high from the success of “Knives Out” and “John Wick: Chapter 3” last year.

Overall, March should be a solid month for the box office provided that the coronavirus stays relatively contained. However, it won’t be as big as last March, which was driven by the billion-dollar hit “Captain Marvel.” With February grosses sinking below expectations thanks in large part to the disappointing performance of “Birds of Prey,” the expected year-over-year drop from 2019 will likely start this coming weekend.

10 Highest-Grossing Blumhouse Films, From 'Get Out' to 'Paranormal Activity' (Photos)