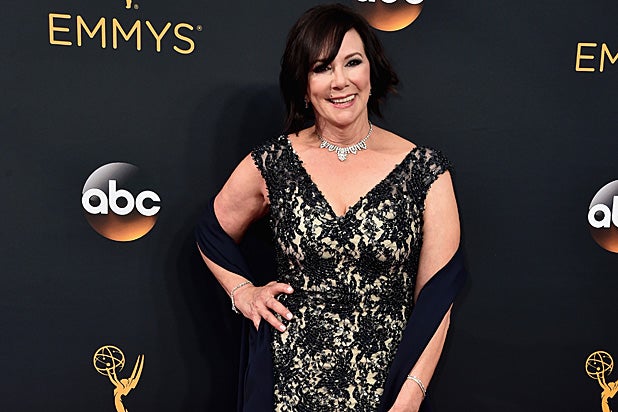 Almost 22 years after the “not guilty” verdict that shocked the world, interest in the O.J Simpson trial is hotter than ever thanks to the massive success of ESPN’s “OJ: Made in America” and FX’s “The People v. O.J. Simpson: American Crime Story.”

And no one is more surprised about the enduring interest in the trial than lead prosecutor Marcia Clark.

“Who would’ve thought, right? Really, I had no idea. I thought everybody was pretty tired of it at the time,” Clark told TheWrap Sunday night while she was being honored by the “I Have a Dream” Foundation at the Skirball Cultural Center in Los Angeles.

“When I heard they were going to do the FX series I thought ‘no one is going to watch that.’ But they did,” she said. In fact, 6.2 million total viewers watched the finale last April, according to Nielsen.

“I thought Sarah [Paulson] did a beautiful, amazing job,” Clark continued, referring to the actress who won an Emmy and a Golden Globe for her performance as the prosecutor in the drama. “I don’t know how she did it … I had no part in the show as they [the cast] were not allowed to meet with us. That was a choice they made creatively and probably the smartest thing they could do.

“Somehow she captured it, she captured how I felt and what it was like, beautifully. I don’t know how she did it, that is some kind of genius.”

While “People v. O.J.” raked in nine Emmy wins and two Golden Globes, “OJ: Made in America” became ESPN’s first Oscar-winning film last month — an achievement that Clark was not surprised about in the slightest.

“I thought it was brilliant,” she told TheWrap of the 467-minute documentary directed by Ezra Edelman, in which she was involved.

“It was so profound, the scope of it was amazing to me … how they put everything in historical context — all of the pressures socially and politically that came to bare on this trial that had nothing to do with the evidence but certainly skewed the verdict,” Clark explained.

“I would have been very upset if they hadn’t [won the Oscar] as I thought they totally deserved it … I think it is something people will look back on for generations to come, it is going to be one of those all-star pieces that is evergreen,” she said.

The five-part “30 for 30” series from executive producers Connor Schell and Libby Geist went way beyond what happened in the courtroom and examined the history of race over the last several decades through the lens of Simpson’s rise and fall from grace.

Of course, as deputy district attorney for Los Angeles County before taking the Simpson case, Clark was all too familiar with the other cases detailed in the highly-acclaimed doc, such as the police shootings of Eula Love and Rodney King. “Those cases were happening all around me and I knew of them,” she said.

Clark was notoriously ripped apart in the media during the “trial of the century,” with  attacks focusing on her hair, clothes, personal life and her “grim, humorless” attitude.

When she first accepted the position, she had no idea how much it was going to change her life. “It was just another case, I was doing my job and then it turned into something I had no premonition of,” Clark said.

Asked if she regretted taking it, the former prosecutor stumbled in her response, saying it was hard to answer. “I knew I didn’t want to be at the center of a case like that in terms of being the focus of media attention — I didn’t want that,” she told TheWrap. “But I did want to be prosecuting cases where the defendant was guilty, that was my job. I don’t even know how to answer the question … I can’t say I wish this or I wish that, I just didn’t know. It is, it was, it happened.”

Clark is now working on the pilot for a new legal drama based on her book, “Blood Defense,” following lead character Samantha Brinkman, “who is a criminal defense lawyer, with a traumatic past and a vigilante sense of justice,” the author said.

Laurie Zak is one of the producers for the ABC Studios project, and it was she who introduced Clark to the “I Have a Dream” Foundation, which honored Clark as a champion of education at their fourth annual Dreamer Dinner on Sunday.

Clark was introduced to the audience by nothing other than Paulson, who described her as a “great friend.”

The “I Have a Dream” Foundation provides long-term support to children and youth living in under-resourced communities to achieve their full potential, by promoting from an early age, values of higher education and career success, with opportunity guaranteed through financial resources, and other services.