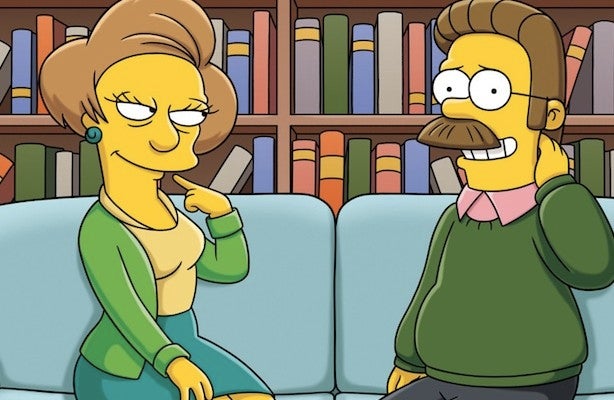 “The Simpsons” will honor deceased star Marcia Wallace on Sunday with a new episode and a classic rerun.

The new episode airing at 8 p.m. will include a tribute card to the late actress. Prior to it, Fox is going to re-air the episode for which she won an Emmy.

That episode originally aired 21 years ago — on Feb. 13, 1992 — during the animated series’ third season. The rerun will take the spot of an “American Dad” repeat that was originally scheduled for 7:30 p.m.

In the classic episode, “Bart the Lover,” after Ms. Krabappel (Wallace) gives Bart a month of detention, Bart gets his revenge on her by responding to her newspaper singles ad.

The all-new “Simpsons” at 8 p.m. is titled “4 Regrettings and a Funeral.” The episode will open with a 90-second couch gag inspired by “The Hobbit.”

Wallace, also known for her work on “The Bob Newhart Show,” died at age 70 from breast cancer last week.