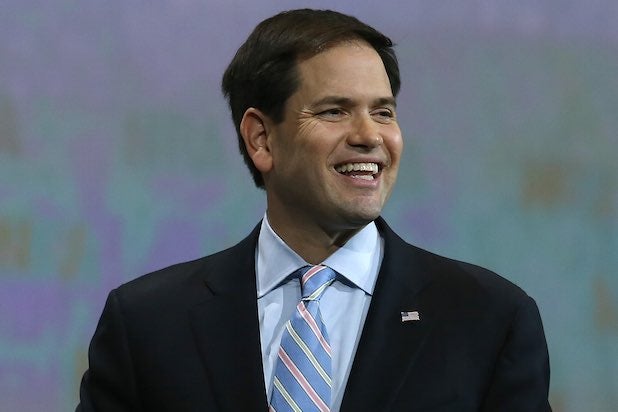 Marco Rubio is standing by his repetitive GOP debate comments about President Obama that many are calling “robotic” or a “glitch.”

“Actually, I would pay them to keep running that clip, because that’s what I believe — passionately,” the presidential candidate who finished third at the Iowa caucus told George Stephanopoulos Sunday on ABC’s “This Week.”

“It’s one of the reasons why I’m not running for reelection to the Senate and I’m running for president,” he added.

Rubio was criticized for the “memorized 25-second speech” by rival Chris Christie on stage, and even booed by the audience after repeating Obama “knows exactly what he’s doing” three times in less than five minutes. But the Florida senator doesn’t need to pay cable news networks to continue running the clip, because several YouTube clips condensing the moments into one quick video are already going viral.

Despite being blasted by major media outlets including the New York Times, The Atlantic and Mother Jones, Rubio has insisted he’s “going to keep saying it because it’s true.”

“It is at the core of our campaign,” Rubo said. “It’s what I believe and what I’m going to continue to say.”

Meanwhile, Buzzfeed has compiled a list of quotes in which Rubio previously insisted Obama “doesn’t know what he’s doing,” and a parody Twitter account @RubioGlitch is busy milking his repetitive statements for all their worth.