Marcus Lamb, co-founder of Christian Daystar Television Network as well as its CEO, who emerged during the pandemic as an opponent of the COVID-19 vaccine, died Tuesday after contracting COVID-19. He was 64.

The news was announced by the conservative broadcaster’s official Twitter Tuesday morning. “It’s with a heavy heart we announce that Marcus Lamb, president and founder of Daystar Television Network, went home to be with the Lord this morning. The family asks that their privacy be respected as they grieve this difficult loss. Please continue to lift them up in prayer,” the network said.

Prior to his death from the illness, Daystar had devoted hours to promoting anti-vaccination content, with guests including Robert Kennedy Jr, as well as doctors who advocated medications that don’t actually fight COVID-19. They have also opposed measures such as distancing and lockdowns to prevent the spread of COVID-19. 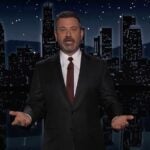 According to the Washington Post, Lamb’s wife, Joni, said in a recent broadcast that Lamb had been hospitalized because his oxygen levels dropped due to COVID-19. She also said that attempted treatments had failed.

Prior to Lamb’s emergence as an opponent of vaccines, he was perhaps best known for misusing PPP loans intended to help struggling small businesses. He received more than $3 million in federal assistance in 2020, but spent the money on a new private aircraft instead; he later returned the money after the purchase was exposed.

In the summer of 2020, he also publicly condemned the murder of George Floyd and racism in general.

Lamb is just one of several vaccine opponents who have died of COVID-19 in 2021. This includes Bob Enyart, who was also known for mocking AIDS victims, anti-vax activist and QAnon supporter Veronica Wolski, and former CIA officer Robert David Steele, who called COVID a “hoax.“