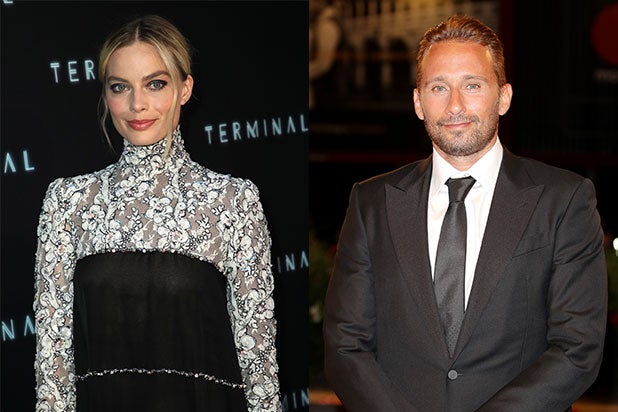 Margot Robbie and Matthias Schoenaerts are set to star in the Black List thriller “Ruin,” which will be directed by Justin Kurzel (“Assassin’s Creed”).

Ryan and Matthew Firpo wrote the script for the World War II thriller. Marc Butan of MadRiver Pictures is producing alongside Kurzel, while MadRiver’s Ara Keshishian is executive producing alongside Nik Bower and Deepak Nayar of Riverstone Pictures.

In post-WWII Germany, a Holocaust survivor (Robbie) has to make an alliance with a former SS captain (Schoenaerts) in her journey to seek revenge. Together, they hunt down the former members of the captain’s squad.

See Photo: Margot Robbie Is Sharon Tate in First Look at Quentin Tarantino's 'Once Upon a Time in Hollywood'

Principal photography is set to begin at the beginning of next year in Prague.

Kurzel made his directing debut with “The Snowtown Murders” and then followed with “Macbeth” starring Michael Fassbender and Marion Cotillard. He then directed the adaptation of the video game “Assassin’s Creed.”

Robbie was nominated for an Academy Award for her role in “I, Tonya.” She will next star as Queen Elizabeth I in “Mary Queen of Scots” alongside Saoirse Ronan and Quentin Tarantino’s “Once Upon a Time in Hollywood,” as well as the untitled Birds of Prey film for Warner Bros. Robbie is represented by Management 360, CAA, Narrative PR and Aran Michael Management.

Schoenaerts can net be seen in David Oelhoffen’s “Close Enemies,” which premiered at the Venice Film Festival, as well as Thomas Vinterberg’s “Kursk,” which will premiere at the Toronto Film Festival. Schoenaerts is represented by CAA and UBBA.

CAA Media Finance packaged the film and is handling U.S. sales, while IMR International will handle the foreign sales.