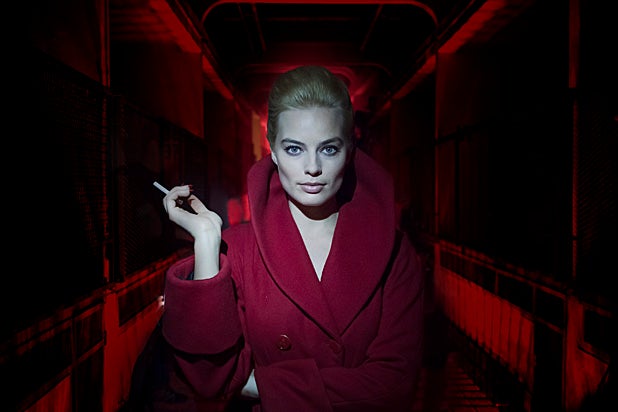 Margot Robbie, Simon Pegg, Mike Myers, Max Irons and Dexter Fletcher star in the film, which has a planned release for the spring of 2018. Stein also wrote the screenplay for the film.

“Terminal” follows the intertwined tales of two assassins carrying out a mission, a teacher with a fatal illness, an enigmatic janitor and a waitress who lives a double life.

Also Read: 'I, Tonya' Film Review: Margot Robbie Dazzles in a Biopic That Freezes Up

“We’re excited to work with Margot Robbie, who not only stars in, but also produced this amazing film,” said Mark Ward, Chief Acquisitions Officer for RLJE Films. “With her passion for the project, Margot leads a talented cast who takes audiences for a mystery ride in this highly anticipated thriller.”

“I am delighted and excited to be working with RLJE on ‘Terminal,’ who share both our vision and passion for the film,” said director Vaughn Stein. “We are all extremely proud of ‘Terminal’ and look forward to sharing it with the U.S. audiences later this year.”

Also Read: Here Are the 3 Harley Quinn Movies in Contention at Warner Bros.

Ward and Jess De Leo from RLJE negotiated the deal with CAA and Alana Crow at Highland Film Group on behalf of the filmmakers.