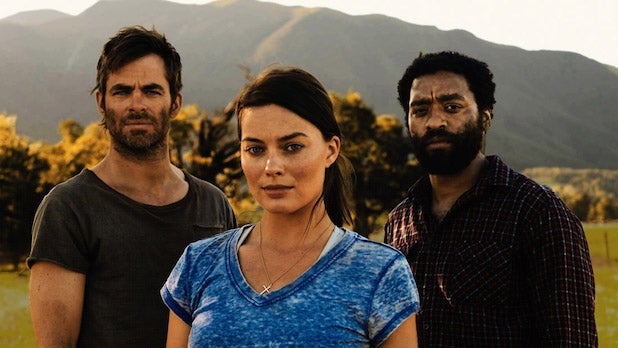 Two weeks before the start of the Sundance Film Festival, one of its highest-profile titles has secured distribution, as Lionsgate and Roadside Attractions will partner on the release of Craig Zobel’s “Z For Zachariah,” which stars Margot Robbie, Chris Pine and Chiwetel Ejiofor, TheWrap has learned.

Grindstone Entertainment will present the sci-fi thriller, which was executive produced by the company’s Barry Brooker and Stan Wertlieb.

While its involvement had never been reported, Lionsgate has actually had the project for some time, though the company only recently decided on its release plans.

Robbie stars as a young woman who believes she’s the last human on Earth after a disaster wipes out most of civilization. After she meets two male survivors, it’s not long before they begin to compete for her affections and their primal urges reveal their true nature.

Zobel directed from a script by Nissar Modi, and the film was produced by Material Pictures’ Tobey Maguire and Matthew Plouffe, Palomar Pictures’ Joni Sighvatsson and Zik Zak Filmsworks’ Skuli Malmqvist and Thor Sigurjonsson, as well as Sophia Lin.

In addition to Brooker and Wertlieb, executive producers are Lotus Entertainment’s Bill Johnson and Silver Reel’s Claudia Bluemhuber and Florian Dargel, as well as Steve Bannatyne.

Zobel is no stranger to Sundance, as his debut “Great World of Sound” drew strong reviews in 2007 and his thriller “Compliance” was the talk of the 2012 festival.

“Z For Zachariah” is Zobel’s first film to screen in the U.S. Dramatic Competition at Sundance. The film will debut on Saturday, Jan. 24 at 8:30 p.m. at the Library.