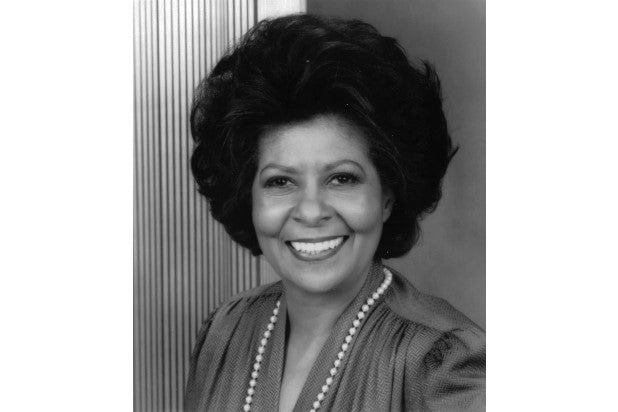 Marguerite Ray, the actress who played the original Mamie Johnson on CBS’ “The Young and the Restless” has died. She was 89.

Ray, who died Nov. 18 in Los Angeles according to her obituary in the East Bay Times, was best known for her role as the first Mamie Johnson on “The Young and the Restless,” the CBS soap opera’s first Black series-regular character, which she held from 1980-1990.

She also played Evelyn Lewis on “Sanford” and Jane Matthews on “Dynasty,” along with numerous other small-screen credits.

Also Read: Courtney Hope to Reprise Her 'Bold and the Beautiful' Character on 'Young and the Restless'

Born in New Orleans in 1931, Ray graduated from Oakland Technical High School in 1948 and received a degree in recreation and theater arts from UC Berkeley in 1953. She served as recreation and entertainment director with the U.S. Special Services in Germany from 1954-59.

Per her obituary, “Over the years, Marguerite enjoyed traveling, patronizing the visual and performance arts, and serving on Boards of several advocacy groups, notably Kwanza Foundation, Jenesse Center, and The Actors Fund. Her many experiences afforded her a circle of close friends.”

Representatives for CBS and “Young and the Restless” did not immediately respond to TheWrap’s request for comment on Ray’s passing.