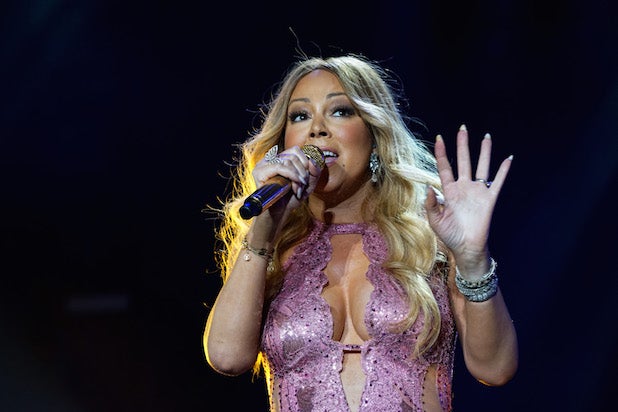 Christmas — or at least part of it — is canceled for Mariah Carey.

The singer and extreme Christmas enthusiast took to Twitter on Wednesday to announce that she has canceled several shows on her Christmas tour, after contracting “a lovely respiratory infection” following a bout of the flu.

“Lambs! Just in time for the holiday gift-giving season, it seems I’ve received a present of my own; a lovely upper respiratory infection after last week’s flu. Bleak!” the “All I Want for Christmas Is You” singer wrote.

“You know there is nothing I love more than celebrating the holidays with my festive Christmas show, but I have to take my Doctor’s orders and rest until he says I can sing on stage,” Carey continued.

“Until then, unfortunately, I have to cancel the first several shows of my upcoming Christmas tour,” she wrote. “I’m going to do all that I can so that I can see you soon!”

Best wishes for a speedy recovery, Ms. Carey; after all, the world has seen what happens when you’re not operating under optimum performance conditions, especially during the holiday season.

In the meantime, let’s all console ourselves with Carey’s holiday classic, shall we?