The Queen of Christmas’ new holiday event, which will launch in December, will feature Carey, Khalid and Kirk Franklin giving their first performance of their new single, “Fall in Love at Christmas,” on Apple TV+, per the streaming service.

No launch date has been set just yet for “Mariah’s Christmas: The Magic Continues.” 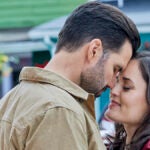 “Mariah’s Christmas: The Magic Continues” is executive produced by Carey, Tim Case, Charleen Manca and Matthew Turke of Supply & Demand. Joseph Kahn (“Bodied Detention,” “Torque”) is director and also gets an EP credit on the special.

That special combined music, dancing and animation and included guest appearances by Ariana Grande, Jennifer Hudson and Snoop Dogg. And of course, it also featured Carey performing her iconic No. 1 holiday anthem, “All I Want For Christmas Is You.”

Carey’s iconic holiday single “All I Want for Christmas Is You” first debuted in 1994 and hit No. 1 on the Billboard charts last Christmas — again.

The singer got in the almost-Christmas-spirit on Monday, the day after Halloween, in an adorable pumpkin-smashing video, which you can watch here. That clip also teased the release of her new single “Fall in Love at Christmas.” 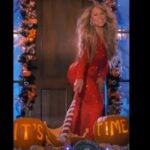