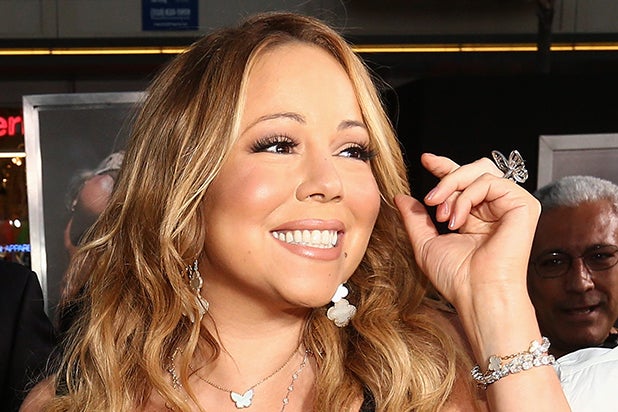 Mariah Carey’s ex-husband Tommy Mottola isn’t blaming the diva for her New Year’s performance disaster, but he’s not exactly letting her choice of representation off the hook.

“MC is arguably the greatest pop voice to come along in the last three decades,” Carey’s former hubby and manager wrote in a letter to Page Six. “She has had more number one hits than any pop artist in history!!! She is a global icon and a treasure with incredible talent not only as a singer but as a great songwriter. What happened on NYE could’ve happened to anyone! Yes, her technical people should’ve helped pay more attention to all of it so that there was no chance of that happening.”

By the way, the exclamation points are all Mottola’s — and there are plenty more where those came from. The former head of Sony Music Entertainment went on to blast his ex’s reality show.

He continued: “My only advice is that she should hire more seasoned and respected professionals to surround her and help her with her career! I would never have encouraged her or guided her to do something like a reality television show!!!!! I don’t get it!!”

“That does absolutely nothing for her integrity, her credibility, or her massive talent!! She should take a step back, think carefully and figure out what to do next,” Mottola added. “That is what she does best.. most certainly none of these issues or problems ever existed with her in her early days at Sony for the first 10 years when she skyrocketed to global superstardom!! Where absolutely meticulous and methodical attention was paid to every single detail and nuance that went on into her career!”

“Everyone should just get off her back and leave her the hell alone and hopefully she will find her way to the right professionals for guidance,” the now-Broadway producer concluded. “It’s never about the fall, it’s all about the recovery.”

Since then, Carey and the annual special’s Productions have been pointing fingers and hurling insults at one-another about what exactly happened. The songstress claimed sabotage in favor of a viral moment and TV ratings, while the show producers basically told her to grow up.

It’s probably safe to say at this point that Carey won’t be counting down to 2018 with host Ryan Seacrest and friends.