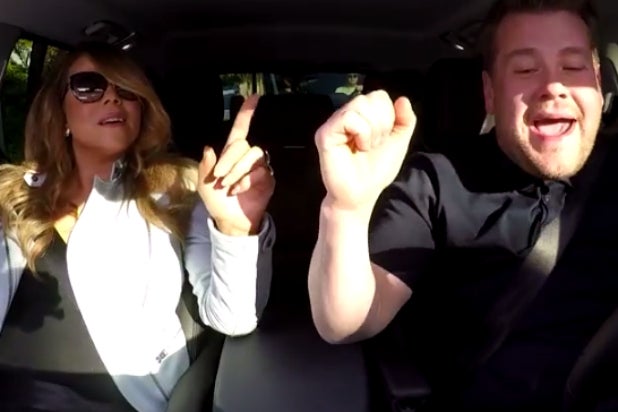 James Corden doesn’t like driving to work by himself, especially in his new Range Rover. To stave off the loneliness, the CBS “Late Late Show” host enlisted the help of Mariah Carey, who could both keep him entertained and allow the song-and-dance man to legally use the HOV lane.

Incredibly, the SUV came preloaded with mounted cameras and Carey tunes, which Corden coaxed into a session of “Carpool Karaoke.” At first, the diva was reluctant, saying she was up all night — but at times Carey got into it. And when she settled to sing backup, Corden was more than happy to take centerstage from the driver’s seat.

The moving concert kicked off with Carey classic “Always Be My Baby” before going deeper into her discography.

“You’re so hot. I’m a married man, so you’ve got to stop what you’re doing,” Corden said while Carey smiled at him and gave him junior high-style bee bites. “I know exactly what you’re doing, I see through it.”