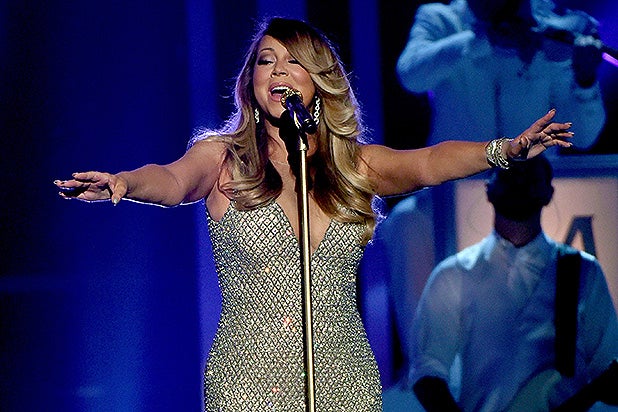 “Ohio State should thank Mariah Carey,” one user wrote. “They no longer have the worst performance of the night.”

Another tweeted: “Nate Silver had predicted that Mariah Carey was going to have a great performance.”

In case you missed it, let’s just say Carey’s headlining performance of her hit song “Emotions” didn’t exactly go according to plan. And let’s also just say you really need to click the “Also Read” above and watch the disaster unfold in video form.

Still, Carey’s shaking over what will go down in history as an all-time dropping-the-ball moment before the actual ball drop. Here’s what she had to say about the ABC debacle about 90 minutes after walking off stage:

Not everyone was as optimistic as the pop star herself. Here’s just a small taste of Twitter’s harsh judgement:

Ohio State should thank Mariah Carey. They no longer have the worst performance of the night.

No matter how hungover you might be feeling today, just remember at least you aren't Mariah Carey's PA

I feel like Mariah Carey's impersonation of 2016 was spot on.

Nate Silver had predicted that Mariah Carey was going to have a great performance.

Carey’s performance suffered from an audio equipment malfunction. Apparently, the singer could not hear herself — or possibly anything — in the on-stage monitors. The rest of the world could sure hear the music and backing track however — including all those pre-recorded high notes.

While Carey’s back-up dancers kept doing their thing, the vocalist pretty much walked around the stage, repeatedly asking a technician to turn her speakers on. At one point she told the crowd, “I’m trying to be a good sport here.”

If you missed any of these one-season wonders in the craziness of 2016, this weekend is the perfect time to catch up.