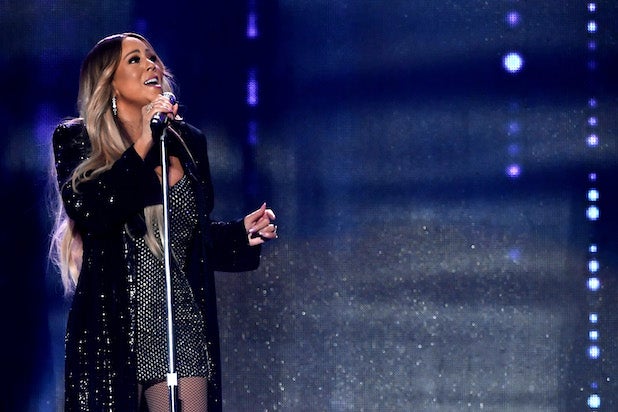 Mariah Carey is sticking to her plans to perform in Saudi Arabia on Thursday, despite growing backlash from women’s groups to cancel the concert over the Kingdom’s human rights abuses.

Carey is the biggest name to perform in the Kingdom since its ruler, Crown Prince Mohammed bin Salman, began loosening the country’s long-held restrictions on entertainment and pop culture.

“When presented with the offer to perform for an international and mixed gender audience in Saudi Arabia, Mariah accepted the opportunity as a positive step towards the dissolution of gender segregation,” the singer’s publicists told TheWrap in a statement. “As a female songwriter with a message of empowerment & equality, she looks forward to bringing inspiration & encouragement to all audiences.”

“As the first female international artist to perform in Saudi Arabia, Mariah recognizes the cultural significance of this event and will continue to support global efforts towards equality for all,” the statement went on to say.

The singer was criticized Thursday by activists who say her concert plays into Saudi Arabia’s attempt to rehabilitate its image after the brutal killing of dissident and Washington Post journalist, Jamal Khashoggi by Saudi officials last year.  (The CIA concluded that the crown prince was directly involved in Khashoggi’s murder, Saudi Arabia has denied his involvement.)

Saudi Arabia has been known to silence its dissenters. According to The Human Rights Watch, Saudi authorities “systematically discriminate against women and religious minorities.”

The organization says Saudi Arabia carried out 146 executions, 59 for non-violent drug crimes in 2017.

“Don’t artwash Saudi crimes: Cancel your performance in Saudi Arabia,” Code Pink, a women’s advocacy group and vocal critic of the crown prince, wrote in a statement. “Doesn’t she know Saudi Arabia is one of the most repressive and murderous regimes on the planet?”

In an op-ed published by CNN, the brother of jailed activist Loujain al-Hathloul wrote that his sister has been whipped, electrocuted and sexually harassed in a Saudi jail

“Recently, my parents were able to visit Loujain in jail,” he wrote. “She started to talk about how they took her from Dhahban prison at midnight to what is known as the ‘hotel.’  She described it as a ‘palace of terror’ that is 10 minutes away from the prison.”

Last year, the Kingdom’s prestigious economic Future Investment Initiative conference, known as “Davos in the desert.” turned into a PR disaster for the country after many of the events most prominent attendees canceled their appearance following Khashoggi’s murder.