Another Marjorie Taylor Greene fundraiser, another boycott either by its venue or of it. Outdoor clothing giant Patagonia has pulled all products from a Wyoming ski resort after its owners held a far-right fundraiser headlined by Greene and Rep. Jim Jordan.

The apparel brand confirmed Tuesday that it would no longer sell to Jackson Hole Mountain Resort after its co-owners Jay and Karen Kemmerer co-sponsored an event in support of the House Freedom Caucus.  The resort is Patagonia’s single largest customer in the area.

“Those that know us in Jackson Hole are aware that we make business decisions and build relationships in alignment with our values and advocacy efforts,” a Patagonia spokesperson told Axios. 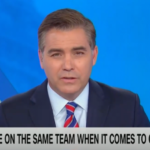 “We join with the local community that is using its voice in protest,” the spokesperson continued. “We will continue to use our business to advocate for policies to protect our planet, support thriving communities and a strong democracy.”

The event, which also featured an appearance from former White House chief of staff Mark Meadows, was held on Aug. 5 at another local hotel with admission costing a minimum of $2,000 per couple.

Greene, Jordan and Meadows have all echoed former president Donald Trump’s false claims that the 2020 election was “stolen,” in addition to a host of other conspiracy theories, depending on which one you ask.

Patagonia, on the other hand, has long championed progressive issues, including a highly-publicized voting rights push ahead of last year’s election, which included participation in the “Time to Vote” initiative and clothing tags reading, “Vote the a–holes out.”