Reality gurus Mark Burnett and Mike Darnell are teaming up again for "Our Little Genius," a new Fox game show that will get a big boost from an "American Idol" lead-in. 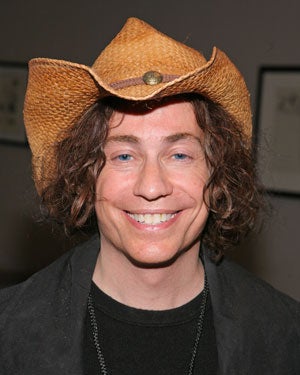 Hoping to duplicate their past success with "Are You Smarter Than a Fifth Grader?," the "Survivor" overlord and Fox alternative chief are moving forward with a new quiz concept in which super-smart tots between the ages of 6 and 12 get a chance to test their expertise in various topics, all with a potential big-bucks cash prize Darnell told TheWrap "will be $500,000).

Barry Poznick and John Stevens of Zoo Prods., Burnett’s partner on "Fifth Grader," are on board to serve as showrunners/producers.

Fox has ordered eight hourlong episodes of "Genius," which is already in pre-production and will begin shooting next month. It’s expected to premiere sometime in the first quarter of 2010, with Darnell telling TheWrap, "There will be four or five (episodes) that will air after ‘Idol’ early in the season."

A similar post-"Idol" strategy was used to launch "Fifth Grader" in February 2007.

No host has been confirmed yet.

The format of "Genius" will have kids who are experts in particular fields — astronomy, Shakespeare, etc. — attempting to answer a series of increasingly difficult questions about their favorite subject. Their parents will be on hand throughout the show, deciding at every level whether their kids should advance to the next round or take the money already earned. 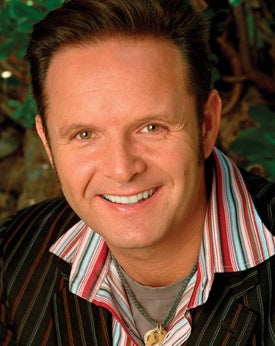 "These kids are so brilliant that maybe they don’t fit in as well at school," Burnett said. "This show is a chance for them to get raised up in a really great way."

During rehearsals, there have already been situations where the kiddie geniuses wanted to move ahead and answer the next question, but their parents halted the game because they didn’t think their progeny would know the answer. "It’s completely on the parents’ shoulders whether the kids go on," Darnell said.

As with most current game shows, the kids and parents will have some "assists" designed to make their quest a bit less risky.

Darnell, who aired a special dubbed "Battle of the Child Geniuses" in 2000, said he and Burnett have both enjoyed seeing kiddie geniuses strut their stuff on shows such as "The Oprah Winfrey Show."

"We’re taking the excitement and adding in the drama of a game show," he said.

Burnett added that he and Darnell "have been talking over a year’s worth of breakfasts" about a way to launch a new kids-themed show.

Of course, news of "Genius" will no doubt produce some blowback from reality TV critics, many of whom have been particularly tough on shows that feature kids as participants. Darnell and Burnett don’t think there’s an issue there.

"This is just a game show," Darnell said. "The kids are only there (on set) for a few hours and it’s a lot of fun. And it’s no different from what most of these high-achieving kids already do with math Olympics or other events. You might as well say that ABC shouldn’t air the National Spelling Bee."

Added Burnett: "There’s a huge difference between this and a reality show where the kids are followed around all day. We’ve worked together for three years on ‘Fifth Grader’ and understand how to treat kids. This is not (‘Jon and Kate Plus 8’)."

In addition, none of the kids will go home empty-handed: All will get some sort of prize, Darnell said.

The greenlight for "Genius" comes as "Fifth Grader" continues to do very well in syndication. The show currently isn’t on Fox’s primetime radar, though Burnett is still hopeful.

"I would really like to see ‘Fifth Grader’ back on the network," he said. "Who knows?"