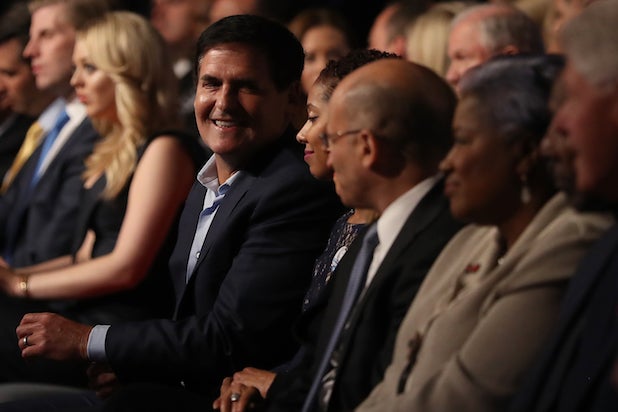 Billionaire businessman Mark Cuban admitted to reporters on Monday before the presidential debate that he lied over the weekend about planning on sitting in the front row to bother Donald Trump, according to Business Insider.

“First of all, when I tweeted that I was going to sit in the first row, I didn’t have a first-row seat,” Cuban said. “I knew that it would get under his skin and drive him crazy. Mission accomplished.”

Trump famously replied to news that Cuban would sit in the front row by tweeting that alleged former Bill Clinton mistress Gennifer Flowers could be positioned next to him.

Also Read: Gennifer Flowers Not Invited to Debate After All, Trump Camp Says

The GOP nominee wrote, “If dopey Mark Cuban of failed Benefactor fame wants to sit in the front row, perhaps I will put Gennifer Flowers right alongside of him.”

Cuban is actually sitting next to his daughter, and Flowers did not attend the debate.

“Second, I got tickets because I wanted to bring my 13-year-old daughter, whose birthday it was yesterday,” Cuban said. “Unfortunately, we’ve been getting death threats, and Trumpians have been trying to hack everything we have, so I’ve had to spend too much time on security and protecting my family. So that’s unfortunate, I don’t blame that on Donald, that’s just part of the game. Third, I’m not here to cause a scene.”

Flowers stepped forward during Bill Clinton’s 1992 presidential election campaign, claiming that they had a 12-year relationship. After Clinton denied it, Flowers held a press conference during which she played tapes that she said she secretly recorded alleged conversations between her and Clinton. News reports claimed they were doctored.