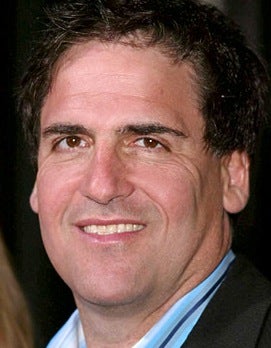 Mark Cuban said Thursday that he will tender his shares to Carl Icahn, giving the activist investor new momentum in his attempt to grab control of the independent film studio.

Icahn holds 19 percent of the company’s stock, and says he has been tendered an additional 4 percent in his long-running takeover attempt. Adding Cuban’s 5 percent puts Icahn in the neighborhood of 28 percent.

If Icahn’s ownership stake surpasses 33 percent, a provision will be triggered that delivers $16 million worth of severance packages to the top five Lionsgate executives, including CEO Jon Feltheimer and chairman Michael Burns. Icahn then would have the power to veto any acquisitions.

Triggering that change-of-control default also would impact the company’s revolving credit, allowing lenders to demand accelerated repayment and straining the already maxed-out studio. Icahn has asserted that the default can be avoided if the lenders choose to waive it. It also can be circumvented if Lionsgate repays its debt.

Cuban indicated his intentions while being interviewed by CNBC’s David Faber early Thursday, saying, "I’m here to tell you I really think I"m going to tender and I will have a conversation with them today and most likely tender my shares."

"If [Cuban] does tender his shares at $7 per share, we think he is leaving money on the table," a Lionsgate spokesman said.

According to one official close to Lionsgate, the studio has consulted analysts that peg its value at $8.85 per share. It has been trading right around $7 of late.

According to the Market Folly blog, Cuban in April filed a 13D with the Securities and Exchange Commission revealing a 5.4% ownership stake in Lionsgate Entertainment with 6,369,315 shares.

Icahn’s company recently announced that after the current offer expires, there will be a subsequent offering period from June 17 to June 30, in order to permit additional tenders. The price paid will be the same as that in the current offer.

Icahn and Cuban have some history together, with the former nominating the latter for the Yahoo! board of directors in 1998.