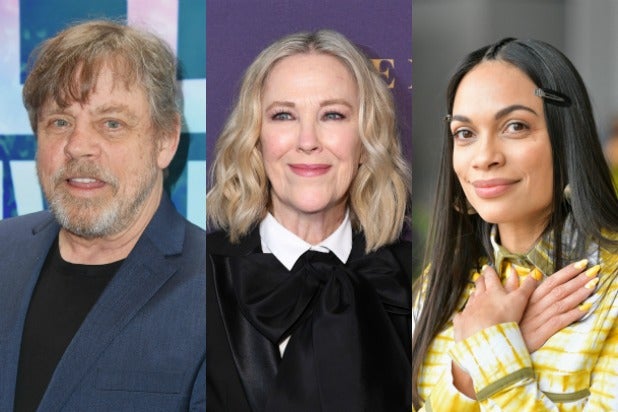 Mark Hamill, Catherine O’Hara and Rosario Dawson are among the voices that have joined the cast of Netflix’s upcoming animated series “The Last Kids on Earth.”

Per its official logline, “The Last Kids on Earth” follows 13-year-old Jack Sullivan and a band of suburban middle schoolers who live in a decked-out tree house, play video games, gorge themselves on candy, and battle zombies in the aftermath of the monster apocalypse.

The animated series, which launches on the streamer later this year, is filled with “wisecracking kids, crazy gadgets, a lifetime supply of zombies and giant-sized monsters.”

Brallier is creator and will executive produce “The Last Kids on Earth” along with Scott Peterson, who will act as showrunner. Matthew Berkowitz and Jennifer Twiner McCarron are executive producers on the show on behalf of Atomic.

Netflix ordered the animated series last February after Atomic Cartoons acquired the rights to the books in 2017.