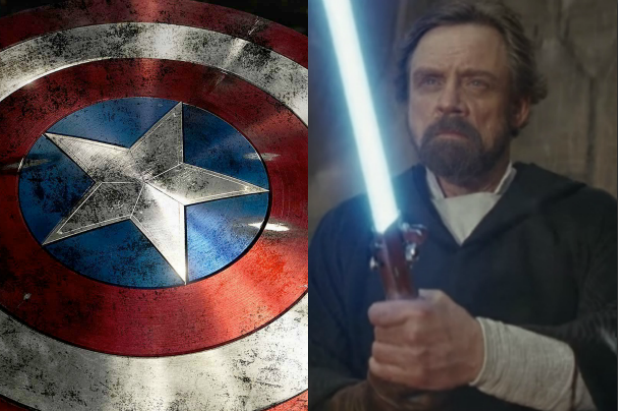 Mark Hamill and Chris Evans have answered a question that kids everywhere want to know: if Luke Skywalker and Captain America got into a fight, could Luke’s lightsaber break through Cap’s vibranium shield?

The “Star Wars” star was asked on Twitter based on a picture made by a father who called the conundrum “the toughest question I’ve ever had to answer as a father.” Hamill’s response was surprisingly nuanced, saying that while Luke would never fight someone as noble as Steve Rogers, and taht a hypothetical conflict would come down to who had the home-movie advantage.

; I think it’s time that we ask the experts on this one- @ChrisEvans and @HamillHimself, what do you fellas think?? #AskingTheRealQuestions pic.twitter.com/0xLi1wD7on

In the #MarvelUniverse- NO
In the #StarWarsUniverse- Luke wouldn’t fight a hero, but if asked to do so, he could cut it into a million little pieces. https://t.co/9fHurwhBNl

Evans, on the other hand, noted that Cap would know what to do if his shield was ever destroyed.

The question, of course, also prompted some great responses from the fans.

By hand. Probably not.

Now with the force, maybe?