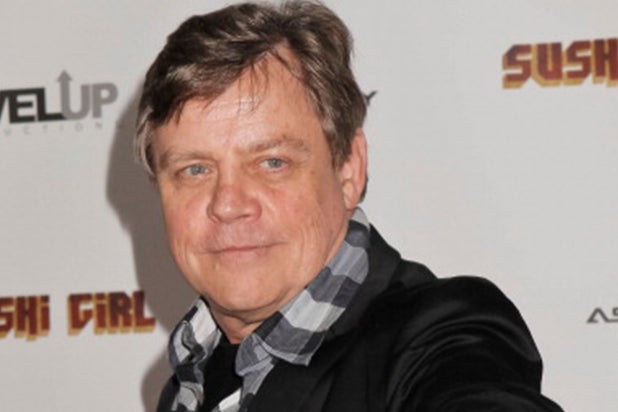 Han Solo is recovering well, according to Luke Skywalker.

Mark Hamill walked the red carpet at the U.K.’s “Guardians of the Galaxy” premiere on Thursday, and gave reporters an update on his own space epic — including a report on the broken leg that old pal Harrison Ford suffered on the set of “Star Wars: Episode VII.”

“I was not on set,” Hamill told the BBC, referring to the accident in which the Millennium Falcon’s door betrayed its pilot. “It was really terrible, but I hear he’s doing really well. It will take more than that to stop Harrison Ford.”

Disney and Lucasfilm announced that Ford, 71 would be out six to eight weeks in mid-June, and that the J.J. Abrams-directed epic would work around his injury and film on schedule.

Hamill was quite enthusiastic about the project, saying that he never expected to get a call back to the Galaxy Far, Far Away — and that formerly babyfaced Luke Skywalker will now be sporting whiskers.

“We are just there to lend our support and grow contractually obligated beards,” Hamill said.