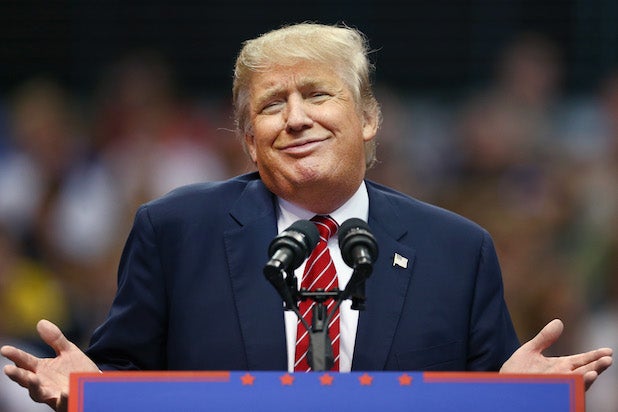 The farce was strong with Mark Hamill and Kathy Griffin on Wednesday morning.

Frequent Trump critics Hamill and Griffin hit up Twitter on Wednesday, after the Democrats won control of the House of Representatives during Tuesday’s midterm elections, to warn President Trump about the consequences of the election results.

And they did so with jabs at Trump’s recent “Game of Thrones”-themed tweet about sanctions against Iran.

Griffin and Hamill seemed to suggest that, with Democrats in control of the House, special counsel Robert Mueller will have greater ability to investigate Russian interference in the 2016 U.S. elections and other matters.

“Star Wars” actor Hamill shared a quote from Trump — “Tremendous success tonight. Thank you to all!” — along with a presumably fictitious quote from Mueller reading, “You’re welcome.”

He added “Game of Thrones”-themed images, one of Mueller bearing the message “Mueller Is Coming,” and another of Trump with the message, “Subpoenas Are Coming.”

Griffin, meanwhile, bounced her thoughts off of a Trump tweet reading, “To any of the pundits or talking heads that do not give us proper credit for this great Midterm Election, just remember two words – FAKE NEWS!”

To which Griffin replied, “Put your Depends on, Donald. Subpoenas are coming…”

On Nov. 2, Trump tweeted an image of himself along with the phrase “Sanctions Are Coming” — a twist on the “Game of Thrones” catchphrase “Winter Is Coming,” in a “GoT”-esque font.

HBO, which airs “Game of Thrones,” responded with its own sharp-witted tweet shortly thereafter, which read, “How do you say trademark misuse in Dothraki?”

Put your Depends on, Donald. Subpoenas are coming… https://t.co/FuCkFZbnwC