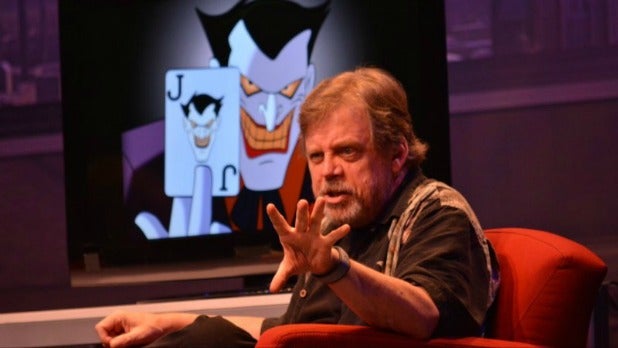 Mark Hamill gave special recognition to The Joker on Tuesday for employing so many actors over the years: “SHOUT OUT to The JOKER for no reason other than a lifetime of villainous mayhem & providing gainful employment for so many actors,” tweeted Hamill.

SHOUT OUT to The JOKER for no reason other than a lifetime of villainous mayhem & providing gainful employment for so many actors! #Gr8ful pic.twitter.com/PSIGiWEefO

The Joker was first introduced 77 years ago today in Batman #1 (April 25, 1940). The comic book villain was created by Batman co-creator Bill Finger (who was only recently given the credit he deserves), Bob Kane, as well as artist Jerry Robinson in 1940.

Over the years, The Joker has appeared in a variety of media, including television series, animated and live-action films. The Joker’s earliest on-screen adaptation was in the 1966 television series “Batman,” in which he was played as a cackling prankster by Cesar Romero. A darker version of the Joker (played by Jack Nicholson) made his film debut in Tim 1989’s “Batman” directed by Tim Burton.

Jared Leto played the Joker in 2016’s “Suicide Squad” and is expected to return in Matt Reeves “The Batman.”