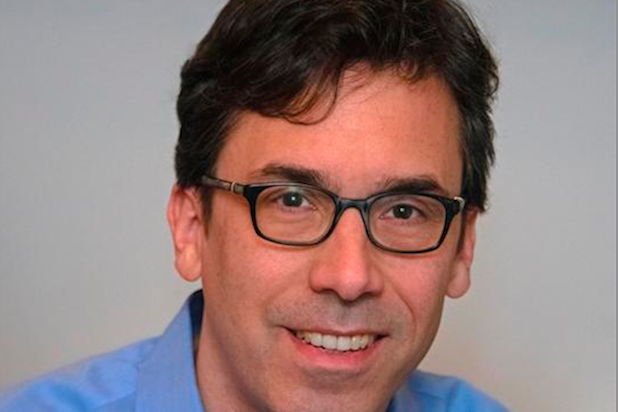 Five directors at the top of their game abandoned Hollywood for the battlefield during War War II, churning out propaganda and training films for the military during a period of cooperation that has never been equaled since.

Mark Harris, author of “Pictures at a Revolution,” examines the wartime experience of these men — John Ford, Frank Capra, William Wyler, John Huston and George Stevens — and how it shaped their work on their return in his latest book, “Five Came Back.”

By putting themselves in harm’s way, the directors captured crucial turning points such as the Battle of Midway. They also preserved for posterity the Allied landing at Normandy and chronicled the liberation of Jewish prisoners from Nazi death camps.

The experiences forever changed them. And the good feeling between Hollywood and Washington did not to last long either.

“The era of good feeling did not last and shortly after, things were frosty,” the Entertainment Weekly and Grantland columnist told TheWrap. “The war occasioned a cessation of hostilities between Hollywood and the government.”

Why did you decide to focus on these five directors?
The directors selected themselves. My first book focused on five movies, and I’m not particularly interested in a five-themed book. It’s not like I thought this is my gimmick, and I have to work it. It was a complete coincidence. These were not only five of the most important directors in Hollywood at the time, they also did the most interesting and varied things and all knew each other.

In terms of the topic, I’ve been joking that the entire book is about the IMDB credits gap — the thing between their great pre-war movies and the post-war movies they made later.

It seems so improbable that five directors at the height of their influence would put their careers on the back burner and go to war. Was there another war that inspired a similar kind of reaction from Hollywood?
That was another impetus. I began this book in the beginning of 2009, when we had been at war in Afghanistan and Iraq for a long time. Forget the idea of people in Hollywood dropping their careers to document the war. Hollywood, in the movies it made, barely acknowledged its existence.

I wanted to explore a Hollywood and an America that seemed to exist in a different universe, where one third of the male workforce in the movie business goes to war, and where every week in 1942 and 1943, three movies come out with war-related content. It was a different approach to making movies and a different reason that average moviegoers went to theaters — both to escape from reality and to confront what was happening through newsreels.

It wasn’t long after World War II that the House Un-American Activities Committee began searching for communist subversives in the movie business. Did the close-knit relationship between Hollywood and Washington deteriorate after the war?
The era of good feeling did not last and shortly after, things were frosty. The war occasioned a cessation of hostilities between Hollywood and the government. It was both before HUAC and after HUAC, the first iteration of which came before the war.

There was a fascinating story in Time magazine in 1939 — which was a banner year for American movie-making — that argued that the reputation of Hollywood had never been worse. It was seen as a place filled with communists and political subversives,  where organized crime had infiltrated trade unions, which was partly true, and the immigrants who ran the studios were viewed with intense contempt. Many were ready to label Hollywood a hotbed of immorality. The war changed everything temporarily. It made Hollywood necessary to the government. It allowed the movie business to reposition itself as patriotic.

How influential were the films these five directors made in shaping America’s image of the war?
They were hugely influential. Although Capra’s movies were made primarily for viewing by GIs, his “Why We Fight” series in itself was extraordinarily influential in shaping how people fighting the war viewed the war. They were only 18 or 19 years old and this became their primary way of understanding why America was at war.

These films also gave audiences a visual understanding of war. Ford’s “Battle of Midway” and Huston’s “Battle of San Pietro” gave people a profound sense of what war looked like. Without Ford and Stevens, we would have no meaningful D-Day footage. That footage was used as background for “Saving Private Ryan,” which gave us a collective understanding of what that battle looked like, and Stevens reports from Dachau helped capture what the Holocaust looked like.

Did the experience with these filmmakers spur the government to become more reliant on film as a propaganda tool?
We can go all the way up to the recent idea of journalist embeds and say World War II is when the government began to learn that it might be better to co-opt people with cameras than let them do whatever they wanted. But the movies these guys made were lessons in the fact that the army can never control what images are composed with cameras as much as it thinks it can, nor can it ever count on people who are not professional propagandists to do its bidding. These guys went into the war as patriots, but they also went in as filmmakers and men wanting to tell the truth. In the service of that ideal, art and truth crashed into each other almost instantly. One lesson is that truth will out eventually, though it often takes a long time.

Who was the most profoundly impacted by the war and how did the war shape these directors’ subsequent work?
If you polled these men, they’d probably all agree that Stevens was the most profoundly and directly affected by his experience. He often said that he’d didn’t feel capable of making comedies anymore after Dachau. Those were the kind of movies that made his reputation before the war, and he came out a director of a very different kind of movie.

All five, as artists, were really affected. What’s interesting to me is that most of them did not go on to make war movies. They didn’t have a huge appetite to translate their experiences directly to film, they wanted to transmit them in other ways.

It’s still something of an enigma why Capra made only one movie of note [“It’s a Wonderful Life”] and then lived for 40 more years without doing anything significant. If you look at his war experience, and his conception of who he was before the war and his insecurity that the world passed him by, he was someone who felt he found his highest purpose during the war and couldn’t figure out a way to retrieve what he had.

There’s also a cynicism and irony that comes into Huston’s work and, after the war, both Huston and Ford play more than once with idea of what it means to be an actual hero or brave man. That’s evident in the the famous “print the legend” line from “The Man Who Shot Liberty Valance.”

Ford certainly printed the legend when it came to recounting his war experiences. Why do you think many of these filmmakers embellished their war stories?
They’re called war stories for a reason. There’s no experience that men have that is more susceptible to embellishment and ornamentation than war.

What is true is that, what they accomplished was considerable and it defined their lives. It’s why Huston spent 35 years trying to get [his documentary about shell-shocked soldiers] “Let There Be Light” seen. It’s why Stevens died on the eve of a massive reunion with guys from the war. It’s why a flag from the war figured prominently in Ford’s funeral.

If Ford exaggerated sometimes, it’s because he was the most prone to. However, he was also the most prone to putting himself in harm’s way. He didn’t fake being at Midway. The guys who were prone to fabulize were prone to do that before the war.  You didn’t hear Stevens or Wyler elaborating.  These men all felt this war made them who they were.