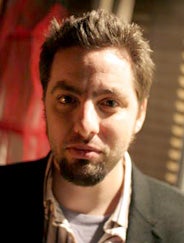 Yahoo announced on Wednesday that it has hired Mark Lisanti, the former Defamer editor and current Movieline columnist, to be deputy editor of its forthcoming entertainment blogs.

Lisanti, who will report to former MTVer Courtney Reimer, explained his rationale for the move in a blog post:

Big news! (For me, anyway; your mileage. as they say, will vary.) It looks like Yahoo’s hired me to be deputy editor of the entertainment blogs they’re launching in the not-too-distant future, continuing their recent pattern of hiring away every blogger they’ve taken a shine to. While I’m sad to be leaving the great gang at Movieline, all hail my new blogging overlords!

Stay tuned to this space (or to the twitter) for further exciting updates about the launch, and for the usual photographs of cats wearing sunglasses or Nic Cage being hugged by a baboon.

In recent months, Yahoo has hired a number of prominent bloggers, including Michael Calderone, John Cook and Andrew Golis, to build out its content team.

The news comes as Yahoo and Arianna Huffington are preparing to announce a "deep" content-sharing partnership.