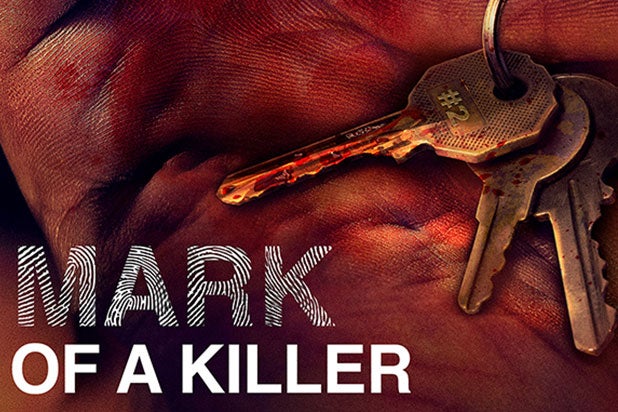 Every killer has a mark — a signature move after their crime has been committed. Oxygen’s Season 2 premiere episode of “Mark of a Killer” looks into the signs left behind by serial killer Paul Stephani, also known as the Weepy-Voiced Killer.

“Mark of a Killer” details the investigation of the crimes through interviews with detectives who looked into the case. In terms of the Weepy-Voiced Killer, who got his name because of bizarre phone calls he’d make to law enforcement after the committed his murders, investigators called his crimes “vicious” and unlike anything they’d seen before.

Stephani killed four women in 1980 to 1982 in Minnesota and Wisconsin and would make phone calls to police after in a high-pitched and remorseful voice, saying he heard voices in his head and that he now wouldn’t ascend to heaven.

Stephani was later diagnosed with terminal skin cancer and died in the infirmary of his prison on June 12, 1998.

See below for the 6 most disturbing details of the episode.

After he killed 18-year-old Kimberly Compton, Stephani called 9-1-1 and told them, “I can’t stop myself, I keep killing everybody” and “I don’t know why I had to stab her. I’m so upset about it.”

At first, law enforcement thought it was a prank call, but when Stephani said he killed someone with an ice pick, police knew it wasn’t a joke — because that’s how Compton had been murdered, a detail that had not been shared with the media yet.

He called back, telling them that he’ll “try not to kill anyone else,” and this time, he was on the phone long enough for his call to be traced to a bus depot phone booth. However, when police got there, he had already vanished.

And because his voice was so distinctive, law enforcement compared his call to a previous phone call from five months earlier, where a man called about a woman found dead in the snow, who had been severely beaten. Her name was Karen Potack, a 20-year-old American Indian woman.

In one of his later phone calls, he said, “I’ll never make it to heaven.”

2. The Brutality of His Crimes

Stephani killed Compton with an ice pick, stabbing her 61 times. Sergeant Joe Corcoran, who was interviewed for the episode, said he saw “extreme rage in this one.”

With Potack, she had been so severely beaten that her brain had become exposed. When investigators found her naked in the snow, Corcoran said that it was the “most devastating scene I’d seen in my career.”

3. The Wrong Guy Confessed to the Murders

Two months after Compton’s death, police were called to a scene where a man named Alan Lopez was holding his family hostage. During the negotiations, he told investigators he was the individual who was responsible for the murder of Kimberly Compton.

It turns out he had a history of mental illness and assault. When he took his own life and no calls were coming into police offices for six months, police thought they had found the right guy. But soon, a paperboy found a body in Minneapolis, and a call came in which also referenced Compton. Very quickly, police realized that Lopez had not been the Weepy-Voiced Killer.

4. The Way He Was Caught

Someone who is wanted by police would never call authorities for help, right? But what if he had no choice?

After he killed his third victim, Barbara Simons, police were on to Stephani and tailed him, but lost him. Hours later, a witness called into the police department saying he saw a man stabbing a woman with a screwdriver. Turns out, it was 21-year-old prostitute Denise Williams, who had injured Stephani in the face and managed to get away.

Stephani called authorities saying he needed help after he was hit in the head during a robbery gone wrong. Police still weren’t sure this was their guy because his voice wasn’t as high-pitched as the ones they had heard on the tapes. But when he was brought into the station and confronted with the crimes, his voice changed during his defense, and investigators knew they had their guy.

He was convicted for the attack on Williams and murder of Simons and sentenced to 40 years in prison. For Compton and Potack, not enough evidence was there to prosecute him for those murders.

5. His Strange Demand a Decade After His Conviction

About a decade after he was sentenced to 40 years in prison, Stephani reached out to Corcoran, saying if he does him one favor, he’ll tell him everything. His demand was simple — he wanted a picture of the stone at his mother’s grave. Investigators granted his wish, and Stephani confessed to the assault and murders (investigators were aware of only three murders at the time) but also confessed to another murder. He just couldn’t remember any detail that would lead law enforcement to identify the victim. All he said was that he remembered finding her in a bathtub.

That’s when investigators searched through their archives of victims dying in bathtubs — and they found Kathleen Greening. One difference in this case was that Stephani never called in about this crime, like in his other crimes.

6. The Voices in His Head

When reporters spoke to Stephani after his conviction, he told them that he would hear voices telling him to kill. “There was somebody telling me, ‘Paul, it’s time to kill!'”

He said during the killing of Greening, he felt like he was playing a game. He would be smiling and a few seconds later ask himself, “what are you doing? She’s dying!” He himself didn’t understand why he would pick someone up at a restaurant, and 15 minutes later would stab them.