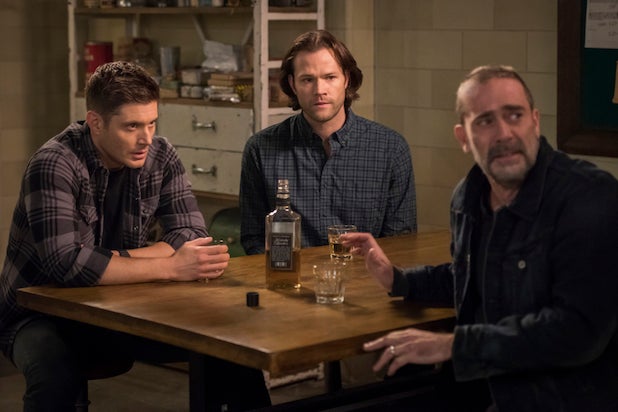 The CW broke hearts back in May when the network announced that “Supernatural” would be ending with its upcoming 15th season. On Sunday, network president Mark Pedowitz described the conversation to wrap it up as “very, very long, sad,” and “heartbreaking.”

“All I can tell you is Jared (Padalecki), Jensen (Ackles), Peter Roth at Warner Bros. studio and myself had a very, very long, sad, heartbreaking discussion,” Pedowitz said at the Television Critics Association press tour. “And we all came to understand what the guys wanted to do. They wanted to go out still relevant, they wanted to go be with their families, they wanted to see what else was out in the world.”

“And you know what? As we always said — and I said this many times — ‘When they are ready to stop, we will stop,'” he continued, quoting himself. “For them, and for Stephen Amell and ‘Arrow,’ these shows go out the way they’re supposed to go.”

Also Read: The CW President on Hollywood's Georgia Boycott: 'We Are Following the Path of Our Parent Companies'

“But if you could convince them to come back, I’m open,” Pedowitz added.

A number of TV critics in the Beverly Hilton’s International Ballroom seem game for that challenge.

Created by Eric Kripke, “Supernatural” debuted way back in 2005, and has since amassed a whopping 327 episodes, according to IMDb. Padalecki and Ackles have starred in every single one of those. The only other cast member to top 100 appearances is Misha Collins, who has tallied 135.

“Supernatural” centers on two brothers follow in their father’s footsteps as hunters, fighting evil supernatural beings of many kinds, including monsters, demons and gods that roam the earth. Jared and Jensen play the brothers making poppa proud.

Padalecki, Ackles, Collins and the “Supernatural” gang have their farewell TCA panel later today. It’s a safe bet that this will come up again then.

“Supernatural’s” 15th and final season is set to premiere on Thursday, Oct. 10 at 8/7c. The season premiere of “Legacies” follows.