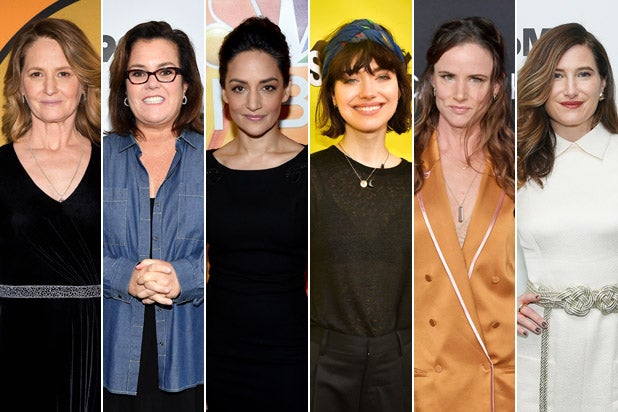 HBO has added a slew of big-name actresses to the cast of its upcoming limited series “I Know This Much Is True.”

An adaptation of the 1998 Wally Lamb novel of the same name, the long-gestating project is described as “an epic story of betrayal, sacrifice and forgiveness, set against the backdrop of 20th century America.” Ruffalo will star as twin brothers Dominick and Thomas Birdsey, one of whom suffers from paranoid schizophrenia.

Also Read: Mark Ruffalo to Play Twins in HBO Limited Series 'I Know This Much Is True'

First put into development at HBO last year, the six-episode series will be written and directed by “Blue Valentine” and “The Light Between Oceans” helmer Derek Cianfrance.

In addition to Ruffalo, Cianfrance and Lamb, “I Know This Much Is True” is executive produced by Anya Epstein, Gregg Fienberg and FilmNation Entertainment’s Ben Browning and Glen Basner. Lynette Howell Taylor and Jamie Patricof are co-EPs.