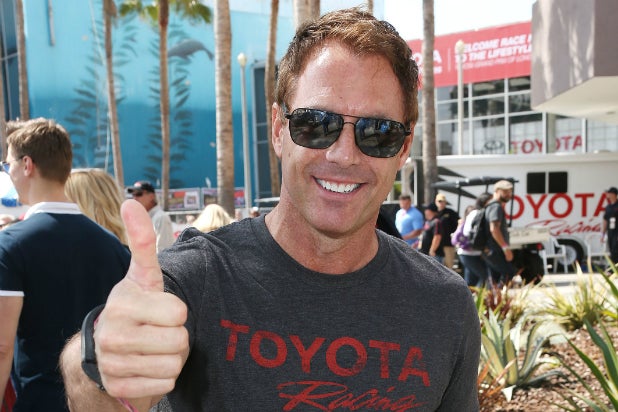 The ex-“Entertainment Tonight” personality took about a week and-a-half off from Twitter, Instagram and Facebook after being unceremoniously shown the door at the daily lifestyle and talk show he called home for half-a-dozen years.

Thursday marked Mark’s 54th birthday, and what better way to celebrate than by looking all jacked and drinking coffee from a Superman mug?

“The outpouring of love & kindness this past week has been incredible,” he captioned the glamour shot.

Thank you for the birthday wishes. The outpouring of love & kindness this past week has been incredible.

If you’re looking for a last-minute birthday gift idea for Steines, might we suggest a bigger t-shirt? (Or, we suppose, a job.)

Steines was abruptly let go from his post on “Home & Family” in late May. TheWrap exclusively reported the details of how it went down, and why he was let go.

The long and the short of it is that Hallmark Channel decided to change the creative of the series Steines’ helped build. That means finding a new co-host for Debbie Matenopoulos, who was also shocked and saddened by the sudden separation from her friend and colleague.

Now, if you’ll excuse us, we’ve got to go do about a million push-ups.