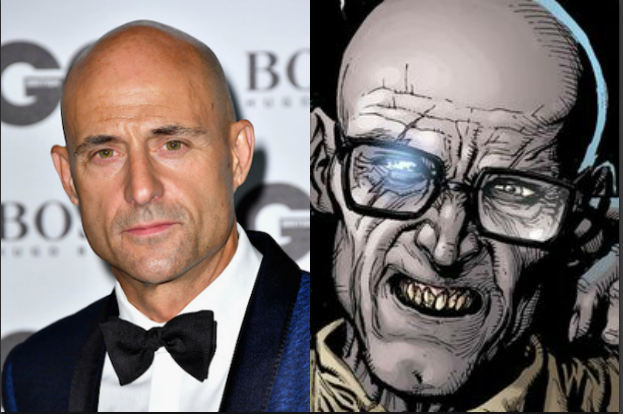 On Sunday, Mark Strong confirmed TheWrap’s reporting the he is playing the villain in “Shazam,” telling Contactmusic that “I’m playing an evil bastard called Doctor Sivana, they are always the best characters to play, the most fun.”

Sivana will be Strong’s second time playing a DC Comics villain. The first was Sinestro in 2011’s “Green Lantern,” a film Strong told Contactmusic he thought was “rather good.” However, the film’s disappointing box office led to the cancelation of planned sequels which would have featured Sinestro in a much larger role, “so I feel like I’ve got unfinished business in the DC world.” Strong added.

Strong said “Shazam” will be “a funny film,” and noted that as it’s “about a young boy who can become a superhero but still remains a young boy,” the film will have thematic similarities to projects like Tom Hanks’ 1988 hit “Big” and from Netflix’s pop culture juggernaut “Stranger Things.”

Strong didn’t provide any specific plot details, but said ”I’ve been training like a mad man, I’m about to go over and see the stunt guys, I’ve been trying all of these harnesses on and I think I’m going to be doing lots of flying around and firing electricity out of my hands.”

“Lights Out” and “Annabelle: Creation,” director David Sandberg will direct “Shazam.” Filming will begin in February 2018 for an April 5, 2019 release.