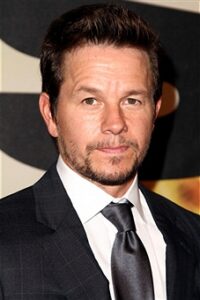 As “Star Trek 3” rumors swirl, Rupert Wyatt (“Rise of the Planet of the Apes”) is in negotiations to direct Paramount’s remake of “The Gambler,” which has Mark Wahlberg circling the title role, multiple individuals familiar with the project have told TheWrap.

Todd Phillips was previously attached to direct, but he has been off the project for several months. Martin Scorsese was also one attached to direct the remake of Karel Reisz’s 1974 drama, which starred James Caan. Leonardo DiCaprio flirted with the lead role in a prior incarnation of the remake.

Written by Oscar winner William Monahan (“The Departed”), crime drama follows a literature professor whose gambling addiction lands him in hot water with his girlfriend, his mother and some unsavory gangsters.

Irwin Winkler, who produced the original movie, will return in the same capacity for the remake.

The original “Gambler” was an autobiographical tale written by James Toback, who has railed against the very idea of a remake, which he was not consulted about before its existence was announced.

For Wahlberg, “The Gambler” offers a juicy dramatic role he could really sink his teeth into, a la “Boogie Nights,” “The Fighter” and Peter Berg’s upcoming war movie “Lone Survivor,” which Universal opens in December. The last time Wahlberg worked with Monahan, he earned an Oscar nomination for his supporting performance in “The Departed.”

On Tuesday night, at an event promoting the DVD release of “Star Trek Into Darkness,” producer J.J. Abrams endorsed Wyatt as the potential director of “Star Trek 3,” though industry insiders tell TheWrap that no offer has been made. While sources caution that Wyatt’s deal for “The Gambler” could fall apart, it’s clear that Paramount wants to be in business with the rising filmmaker.

Wyatt has yet to decide on a follow-up to 2011’s well-received blockbuster “Rise of the Planet of the Apes,” which grossed $481 million worldwide. 20th Century Fox wanted Wyatt to direct the sequel, but he was eventually replaced by director Matt Reeves. Wyatt has been developing “Agent 13” with Charlize Theron for Universal, as well as an adaptation of Sebastian Faulks’ novel “Birdsong” and an adaptation of Marisha Pessl’s bestselling book “Night Film” that is set up at Peter Chernin’s Chernin Entertainment.

Wahlberg serves as an executive producer on WB’s “Prisoners” and next stars in “Transformers: Age of Extinction.” He’s repped by WME, Leverage Management and attorney Jason Sloane.