Mark Wahlberg is set to star opposite Kevin Hart in “Me Time,” a comedy at Netflix, according to an individual with knowledge of the project.

Writer/director John Hamburg (“Night School”) will write and direct “Me Time.” Hamburg will also produce through his Particular Pictures banner along with Hart and Bryan Smiley for HartBeat Productions.

“Me Time” centers on a stay-at-home dad (Hart), who with some “me time” for the first time in years while his wife and kids are away reconnects with his former best friend (Wahlberg) for a wild weekend that nearly upends his life. 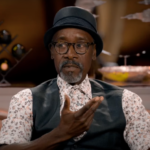 “Me Time” is part of Hart’s first-look film deal with Netflix, which he signed earlier this year, in which he will produce and star in four separate films for the streaming giant.

The film deal for Hart is akin to the partnership Adam Sandler has with Netflix, and under the multiyear agreement, Hart will also have a first-look film deal for other films under the HartBeat Productions banner. 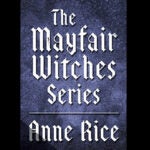 Also Read:
‘Lives of the Mayfair Witches’ Series in the Works at AMC and AMC+

It was a big get for Netflix, as Hart has been one of the few consistently bankable box office stars, with his movies grossing over $4 billion worldwide. Last year, Hart had Netflix’s top comedy special, “Zero F—s Given,” which was viewed by 21 million accounts in its first four weeks.

Wahlberg previously starred in “Spenser Confidential” for Netflix which was seen by 85 million households in the first four weeks.