Facebook founder and CEO Mark Zuckerberg offered a heartfelt apology on Yom Kippur, the Jewish holiday of atonement, “for the ways my work was used to divide people rather than bring us together.”

In a post on his Facebook platform published on Saturday night after Jews the world over had completed a day of fasting and prayer, he wrote asking for “forgiveness” and vowed to “do better.” 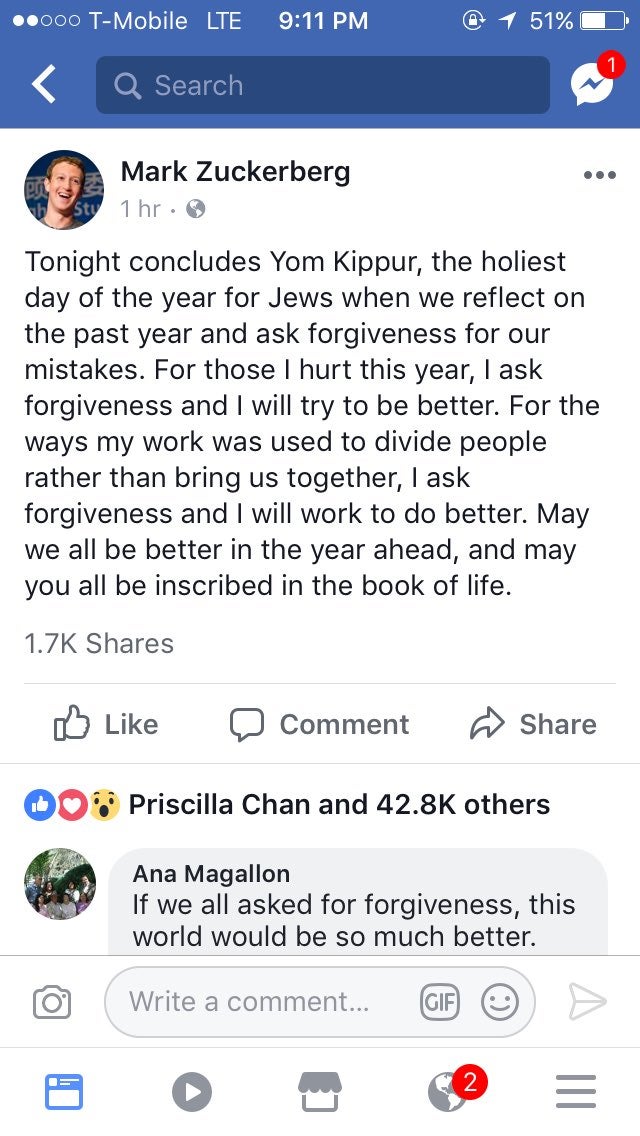 Zuckerberg has been under intense scrutiny and criticism after revealing that Facebook found nearly 500 accounts with Russian origins that spent upwards of $100,000 on fake ads before and after the 2016 election. The platform had denied for the previous eight months that they knew of any Russia-linked fake news being perpetuated on the site.

Zuckerberg came back from paternity leave this month and recorded a video expressing his commitment to greater efforts to root out hate speech and foreign political manipulation on Facebook.

Representatives from Twitter met with the House and Senate intelligence committees on Tuesday to discuss Russia’s use of social media to meddle with the 2016 presidential election. The company said it “took action” against 201 accounts tied to a Russian troll farm — including 22 that were linked to Facebook’s recent fake news investigation.