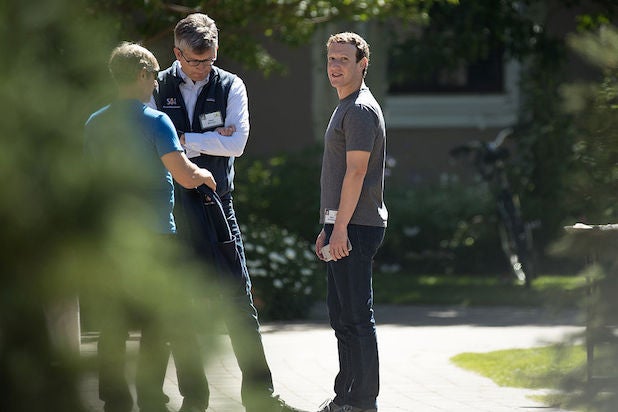 Facebook CEO Mark Zuckerberg is distancing himself from an unearthed 2016 memo, where VP Andrew “Boz” Bosworth told employees that connecting the world is paramount, despite a “questionable” growth strategy that might have tragic consequences.

“Boz is a talented leader who says many provocative things. This was one that most people at Facebook including myself disagreed with strongly,” Zuckerberg said in a statement shared with TheWrap. “We’ve never believed the ends justify the means. We recognize that connecting people isn’t enough by itself. We also need to work to bring people closer together. We changed our whole mission and company focus to reflect this last year.”

The 2016 memo, dubbed “The Ugly,” was published by BuzzFeed on Thursday.

“We connect people. Period. That’s why all the work we do in growth is justified,” wrote Bosworth in the memo. “All the questionable contact importing practices. All the subtle language that helps people stay searchable by friends. All of the work we do to bring more communication in. The work we will likely have to do in China some day. All of it.”

Immediately after it was published Thursday, Bosworth took to Twitter to distance himself from his previous remarks.

“I don’t agree with the post today and I didn’t agree with it even when I wrote it,” Bosworth tweeted.“The purpose of this post, like many others I have written internally, was to bring to the surface issues I felt deserved more discussion with the broader company. Having a debate around hard topics like these is a critical part of our process and to do that effectively we have to be able to consider even bad ideas, if only to eliminate them.”

The memo comes to light in the aftermath of Facebook’s massive data leak, where political consulting firm Cambridge Analytica harvest the information of 50 million unwitting users. The leak has many calling into question Facebook’s handling of user privacy — with the social media giant failing to publicly acknowledge the issue until it was reported two weeks ago.

Bosworth’s 2016 memo indicated Facebook execs had considered the consequences of the company’s aggressive growth strategy, saying it was possible “someone dies in a terrorist attack” after connecting on the social media site.

“So we connect more people,” said Bosworth later in the memo. “That can be bad if they make it negative. Maybe it costs someone a life by exposing someone to bullies.”

In his tweet on Thursday, Bosworth said the memo doesn’t reflect how he or Facebook feels about its mission.

“To see this post in isolation is rough because it makes it appear as a stance that I hold or that the company holds when neither is the case. I care deeply about how our product affects people and I take very personally the responsibility I have to make that impact positive,” Bosworth tweeted.