In a Hollywood-style ending to a colorful life, Joseph Helfgot, the movie market researcher who passed away in Boston last week at age 60, became the second facial transplant donor in the United States, the family said on Tuesday.

Helfgot, whose insights in movie marketing were one of Hollywood’s best kept secrets, passed away unexpectedly on Wednesday April 8 as a result of a stroke during heart transplant surgery. 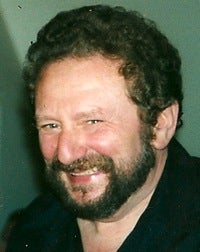 In a surprise twist ending to his life, not only did his family re-donate the heart that had been transplanted into Helfgot, and donate his liver, but also donated his face.

“To the end, he was a trailblazer, leaving a legacy that we are proud to say included the ultimate gift, namely, a new face, a retransplanted heart and liver, allowing three individuals to survive, a final testament to Joseph’s legacy as the son of Auschwitz survivors,” his family said in a statement, after being contacted by the media.

The family said they were making the donation known in order to support understanding of the process, and to encourage others to donate.

In making what she said was a difficult decision, Susan Whitman, Helfgot’s widow, said she and the family felt they wanted to give back, having benefitted from the generosity of a donor in receiving a heart for Helfgot.

"It was obvious going into surgery, you don’t spend time talking about a worst case scenario, but I already knew that if something went wrong, something would be donated," she said in an interview with TheWrap. "But there is a difference between donating an internal organ and giving someone’s face. It’s very different."

Ultimately, Whitman said, she and her children knew that the donation would help another person to eat, and to breathe, and this helped them get past the difficulty.

"And it was still extraordinary difficult.  In the end, Joseph was a very just man. That’s who we are. This was the just thing to do. Not to do it would have been injustice." (In a Q&A, Whitman tells how she made the difficult choice.)

Doctors at Boston’s Brigham and Women’s Hospital said on Tuesday that the recipient of Helfgot’s face — the victim of an industrial accident who has not been identified — was doing well and that they were “cautiously optimistic” for his recovery. They spoke on ABC’s “Good Morning America.”

Dr. Bohdan Pomahac and his team replaced the man’s nose, palate, upper lip and some skin, muscles and nerves during a 17-hour surgery Thursday.

Another rarity was the re-transplant of the donor heart, which an official with New England Organ Bank said was highly unusual.

Helfgot was the founder and president of MarketCast, owned by parent company Reed Elsevier, which also owns Variety.

The world’s first facial transplant occurred in France in 2005. That transplant recipient, Isabelle Dinoire, who had severe injuries from a dog mauling, has improved, and her appearance is near normal.

The first U.S. facial transplant surgery took place in December 2008 in Cleveland, led by Dr. Maria Siemionow. The patient was never identified and details of her injury were not revealed.

She left the hospital in February and doctors called her progress astonishing.

Esther Charves, of the New England Donor Bank, said Helfgot’s case was the first time she had ever asked a family to donate a face. She recalled the moment on Tuesday with Whitman:

"’I’m going to ask you about something that’s never been done in this area, it’s new to the medical world,’" she recalled saying. "Joseph didn’t sign up for this special gift. But if he could help someone breathe, if he could help someone eat, and swallow and smile, and perhaps go out in public, and to live a normal life, and to do the simplest things we all take for granted — how do you think he would feel?

She recalled Whitman’s quick reply: "’You mean someone’s going to get his Jewish nose?’"