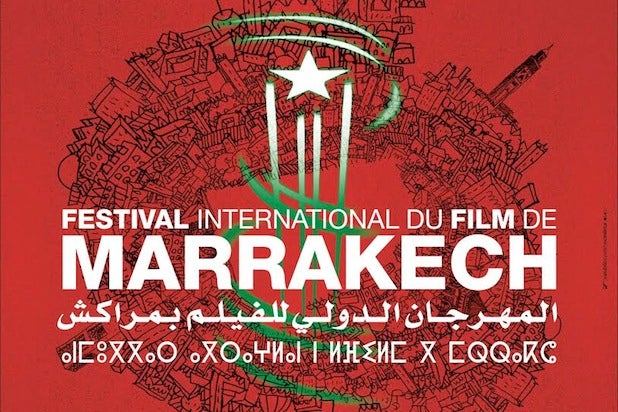 It’s not a typo, nor is it a Latin hip-hop band. It’s a city in Morocco, home to Atlas Studios, one of the largest production facilities in the world. You’ve probably never heard of it, but if you’ve ever seen “Lawrence of Arabia,” “Gladiator” or even the Hitchcock classic, “The Man Who Knew Too Much,” you’re more familiar with it than you realize.

It was my first destination as I attended the 13th week of the International Film Festival of Marrakech, which ran from November 29th to December 7th. At Ouarzazate we were treated to a tour of movie sets including a mock up of ancient Jerusalem used in Ridley Scott’s “Kingdom of Heaven,” as well as facsimiles of Egyptian houses, Kasbahs, marketplaces, and even a Tibetan temple from Martin Scorsese’s “Kundun.” In addition to two sound stages, (each measuring 20,000 square feet), there’s a backlot of 400 acres. And if that’s not enough, there’s an ancient city a short drive away, always open for business.

When they’re not shooting big-budget American movies, lower-budget U.K. films are becoming increasingly prevalent thanks to a new agreement based on financial incentives for production in Morocco. Filling in whatever gaps remain in the schedule is the ever-expanding domestic market producing as many as 20 movies per year, according to a studio spokesman.

Morocco’s King Mohammed VI, one of the world’s savviest businessmen with an estimated fortune of $2.5 billion, knows a good thing when he sees it. And his country has long been a Mecca for global filmmaking, earning an estimated $60 million a year, helping his highness foot the bill for the annual film festival.

This year’s event included salutes to stars like Sharon Stone and Juliette Binoche, as well as a tribute to Scandinavian Film, which featured every major figure from northern Europe, including Noomi Rapace, Mads Mikkelsen, Bille August, and Nicholas Winding-Refn.

Last Saturday night, the jury, headed by Martin Scorsese and including Patricia Clarkson and Marion Cotillard, awarded highest honors to the South Korean entry, “Han Gong-Ju,” by filmmaker Su-Jin Lee, about a girl who is transferred from one school to another following a mysterious event.

It’s easy to sneer at the festival’s ostentatious display when only a few steps away are the destitute and crippled begging for money in the Souk (an open air market). And only a few steps from there, the Kasbah teems with the city’s poor. After all, this is Africa — and just how many locals can afford a stay at the luxurious Mamounia Hotel where rooms start at $860?

There are parties every night, the food is delicious and the champagne flows freely, all of it courtesy of the King. Which makes it easy to walk through the Kasbah thinking, “these poor people, living the way they do while their leadership squanders the nation’s capital entertaining movie stars and well-heeled westerners.”

But to write that blog would be to bite the hand that fed me. It could incite the wrath of a King, and even scarier the wrath of a publicist. And yet, isn’t that what we’re supposed to do, pull back the curtain on corruption and excess so readers can see this festival for what it really is?

Well, here’s what it really is — a celebration of cinema sponsored by a man who has presided over a nation where poverty has dropped from 16% to 9% over the past ten years. In fact, poverty in Morocco is at a lower rate than in the U.S., where it currently stands at 15 percent. By investing in infrastructure, fiscal reform, and credit extension through banks, Morocco has become the continent’s fifth wealthiest nation.

The 2011 constitution establishes human rights as core principles, puts the minority Berber language on equal footing with Arabic, calls for gender equality, and expands the powers of the prime minister and parliament. There remain, however, widespread reports of corruption, public health is an issue, and there are lingering questions about human rights violations, which sounds a lot like the U.S. where obesity, Washington lobbyists and Gitmo pose similar challenges.

So here’s to King Mohammed and his celebration of celluloid. Even as Morocco flourishes, like the U.S. it has its problems. They’ll continue to fight the good fight, and so will we. But in between rounds, why not kick back with a glass of champagne and a movie, courtesy of his Highness?