The nuptials occur at Kat’s “Marry Me Tour” concert, where she was supposed to be getting hitched to her famous singer boyfriend Bastian (played by Latin music star Maluma). But he cheated on her just before the show with her assistant, so “why not?” marry this random guy in the crowd instead, considering the ceremony is already live-streaming across multiple platforms?

“I’m told that 20 million people are supposed to watch as we take our vows. They say if you want something different, you have to do something different,” Kat says, scanning the crowd until her eyes find Charlie, who happens to be holding up a “Marry Me” sign that was just handed to him by his friend (played by Sarah Silverman). 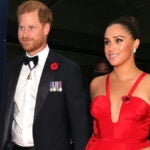 Also Read:
Meghan Markle Reveals She and Prince Harry Went to a Halloween Party Where No One Recognized Them (Video)

“Why not? Yes, I’ll marry you,” Kat says, pointing at Charlie, who is pushed onto the stage by his best friend and his daughter.

Kat and Charlie take their vows and then, realizing what they’ve done, try to make it work throughout the rest of the trailer, only to find that, yes, they might actually be right for each other. Somehow.

Watch the “Marry Me” trailer via the video above. 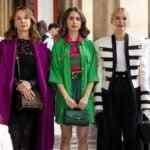 Per the “Marry Me” synopsis, “Packed with original songs by Jennifer Lopez and global Latin music star Maluma, ‘Marry Me’ arrives next Valentine’s Day with Lopez starring as musical superstar Kat Valdez and Owen Wilson as Charlie Gilbert, a math teacher—total strangers who agree to marry and then get to know each other. An unlikely romance about two different people searching for something real in a world where value is based on likes and followers, ‘Marry Me’ is a modern love story about celebrity, marriage and social media.”

“Marry Me” is directed by Kat Coiro (“Dead to Me,” “It’s Always Sunny in Philadelphia”) from a screenplay by John Rogers (“The Librarians”), Tami Sagher (“30 Rock”) and Harper Dill (“The Mick)” based on the graphic novel by Bobby Crosby. Producers include Jennifer Lopez p.g.a. and Elaine Goldsmith-Thomas p.g.a. for Lopez’s Nuyorican Productions, John Rogers for Kung Fu Monkey Productions and Benny Medina. Executive producers are Alex Brown, Willie Mercer, Pamela Thur and J.B. Roberts.

Also Read:
Meghan Markle Reveals She and Prince Harry Went to a Halloween Party Where No One Recognized Them (Video)