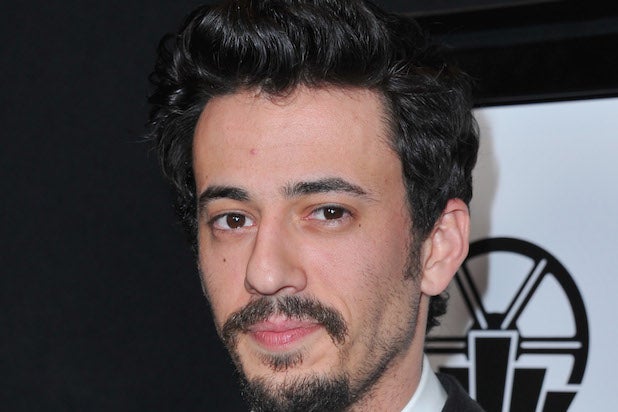 “Martha Marcy May Marlene” producer and Borderline Films principal Josh Mond is in the midst of shooting his directorial debut “James White,” TheWrap has learned.

“James White” stars Abbott as a troubled young man coming of age in the face of momentous family challenges.

Mond, who wrote the script, is producing with his Borderline Films partners Antonio Campos and Sean Durkin. The trio met at NYU film school and take turns directing and producing projects, as Mond has produced Campos and Durkin’s respective directorial debuts “Afterschool” and “Martha Marcy May Marlene.”

Abbott, who played Allison Williams’ on-again/off-again love interest Charlie on HBO’s “Girls,” previously worked with the Borderline team on “Martha Marcy May Marlene.” He starred opposite Melanie Lynskey in Todd Louiso’s indie “Hello I Must Be Going” and will soon be seen in Mona Fastvold’s Sundance-bound drama “The Sleepwalker.” Abbott is repped by WME and Parseghian Planco.

Nixon, who will soon be seen in Richard Loncraine’s drama “Life Itself,” is repped by WME and Brookside Artist Management.

Livingston is coming off a busy 2013 campaign in which he starred in “The Conjuring,” “Drinking Buddies,” “Touchy Feely” and “Parkland.” He’s repped by UTA, Thruline Entertainment and attorney Adam Kaller.

Mescudi is gearing up for a breakout year as an actor, with plum parts in DreamWorks’ “Need for Speed” and Max Nichols’ comedy “Two Night Stand” with Miles Teller and Analeigh Tipton. He’s repped by WME and Leverage Management.

Call, who worked with Mond on “Two Gates of Sleep,” is repped by the Gersh Agency and Anonymous Content.