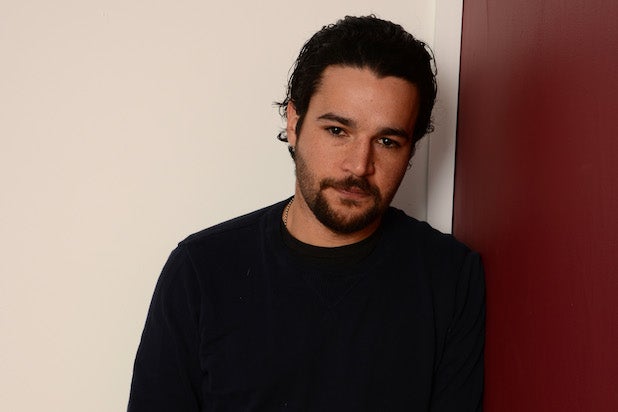 Borderline Films, the production company behind “Martha Marcy May Marlene,” has launched a Kickstarter campaign for its next movie “James White,” which marks the feature directorial debut of Josh Mond.

The film stars Christopher Abbott (Charlie on HBO’s “Girls”) as the title character, a young New Yorker struggling to take control of his reckless, self-destructive behavior in the face of momentous family challenges. Cynthia Nixon co-stars as his mother, while Scott Mescudi (aka Kid Cudi) and Ron Livington play key supporting roles.

“James White” has already wrapped production but Borderline is seeking $50,000 for post-production, including editing, sound design and securing music rights.

Prizes include a dinner party with Abbott in New York, signed copies of the “James White” shooting script and Borderline’s DVDs such as “Martha Marcy May Marlene,” “Simon Killer” and “Afterschool,”  a Kickstarter producer credit, an HD download of the completed film, a master class in filmmaking, a limited edition Borderline Films box set, and an invitation to the online premiere of “1009,” a short film starring Abbott that Mond directed as a precursor to “James White.”

Borderline is made up of three filmmakers — Mond, Antonio Campos, and Sean Durkin. Ten years after founding Borderline as film students at NYU, their feature films have played at the New York Film Festival, Cannes, Toronto and Sundance, where Durkin won Best Director for “Martha Marcy May Marlene.”

To support each other in achieving their goal of making their first features on their own terms, Mond, Campos, and Durkin rotate roles in the filmmaking process. When one of them writes and directs, the other two produce, and they all support each other creatively and financially. If someone needs time to work on a script, the other two will direct commercials and split the money three ways.

As of this posting, Borderline has raised nearly $6,100 of its goal for “James White” with 24 days left in the campaign, which you can donate to here. The campaign is scheduled to close on May 10.