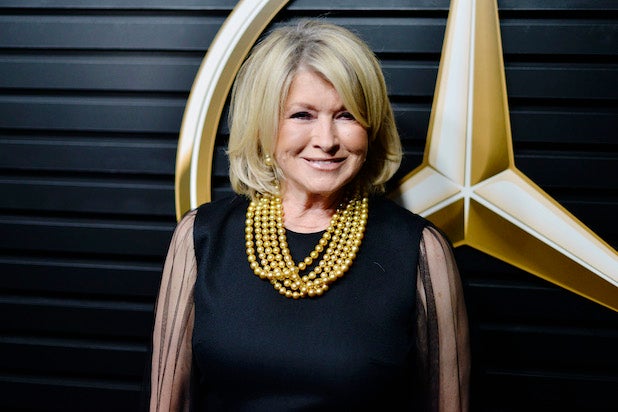 Martha Stewart’s biggest regret — at least the biggest she’s actually able to reveal — is the fact that she once had the opportunity to host “Saturday Night Live” in the mid-2000s and her probation officer wouldn’t let her do it.

“My only big regret that I can talk about is that ‘Saturday Night Live’ asked me to host,” Stewart told Harper’s Bazaar, who said the offer came just after her release from prison on insider-trading charges. “My probation officer wouldn’t give me the time. That really pissed me off, because I would have loved to have hosted Saturday Night Live. I’d like that on my résumé.”

While Stewart herself may have never gotten the chance to host “SNL,” she has appeared on the NBC late-night sketch show many a time in the form of Ana Gasteyer’s iconic impersonation of the domestic goddess in the ’90s and early ’00s. Gasteyer’s version of Stewart was known for “suppressing the demons inside” while making some beautiful crafts. There was also that one topless Christmas special sketch that’s hard to forget.

In 2004, Stewart was sentenced to five months in federal prison, five months of house arrest and another 19 months on probation following her convictions of conspiracy, obstruction of justice, and making false statements during an investigation of alleged insider trading.

When she got out of prison, she wore a gray poncho that was made for her by one of her fellow inmates, which led to an “SNL” sketch featuring David Spade impersonating her wearing said poncho.

The time spent in prison derailed Stewart’s career for a while, but her decision not to name names of those who were connected to her crimes gained her respect in certain circles she had previously not reached, and is something her friend Snoop Dogg loves about her.

“As we watch Tekashi 69 (or whatever his name is) snitch on EVERYBODY, I invite you all to remember Martha Stewart snitched on NOT ONE soul during her trial. Baby girl kept it 10 toes down and ate that prison sentence by herself, like the true baddie she is,” Snoop Dogg wrote in a September 2019 Instagram post, noting rapper Tekashi 6ix9ine’s decision to cooperate with a racketeering investigation in exchange for a reduced sentence.