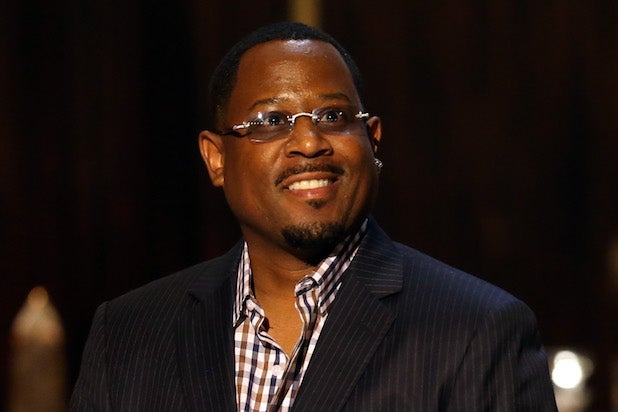 After a 14-year absence from the stand-up scene, Martin Lawrence returns to the comedy stage in the Showtime special “Doin’ Time: Uncut” — with “uncut” being the operative word.

“Uncut,” “uncensored,” “raw,” whatever you want to call it, Lawrence has never been one to hold back when he gets a mic in his hand. In fact, he was one of a few performers to receive a lifetime ban from “Saturday Night Live” for lewd language. And his first stand-up special in 1994, “You So Crazy,” almost received an NC-17 rating which might have stood if the comedian didn’t fight against it.

The “Martin” star said that back then he was getting in trouble for the language used in his performances, and that the reason comics today are able to get away with more is because he fought for his right to say whatever he wanted to.

“I think today they’re allowed to get away with more stuff and press the envelope more because I was able to take that stand back then,” said Lawrence.

Although the comedian’s “Doin’ Time: Uncut” does feature some strong language, the 60-minute special received a TVMA rating.

Lawrence admitted that although there was some pressure to hit the stand-up stage with a bang, his over-a-decade hiatus had no effect.

“Expectations are high, you want to live up to what you’ve put out in the past before and give them something good,” Lawrence said.

Audiences can expect the “Big Momma’s House” star back in full swing, as there seems to be no topic that is off limits for Lawrence. He tackles just about everything in his special, including current topics from Caitlin Jenner’s transition to Bill Cosby‘s sexual assault allegations.

“I’m sure there are certain things out there that I wouldn’t touch just because it’s not my thing or whatever, but for the most part everything is fair game out there,” Lawrence said.